Webcast listening in November was 8% higher than the year-ago period, as Spotify its cohort lead in Average Active Sessions (AAS). This according to Triton Digital’s Top-20 Ranker, a monthly report based on Triton’s Webcast Metrics streaming measurement technology.

Spotify served an average of 2.5-million simultaneous streams during the month, against #2 Pandora, which served just under 2-million average streams.

Month-over-month listening moved up one percent.  As always, RAIN uses Average Active Sessions (AAS) metric domestically (U.S. only), in the 6:00am to midnight view — a lens we have used to track this report since 2009. 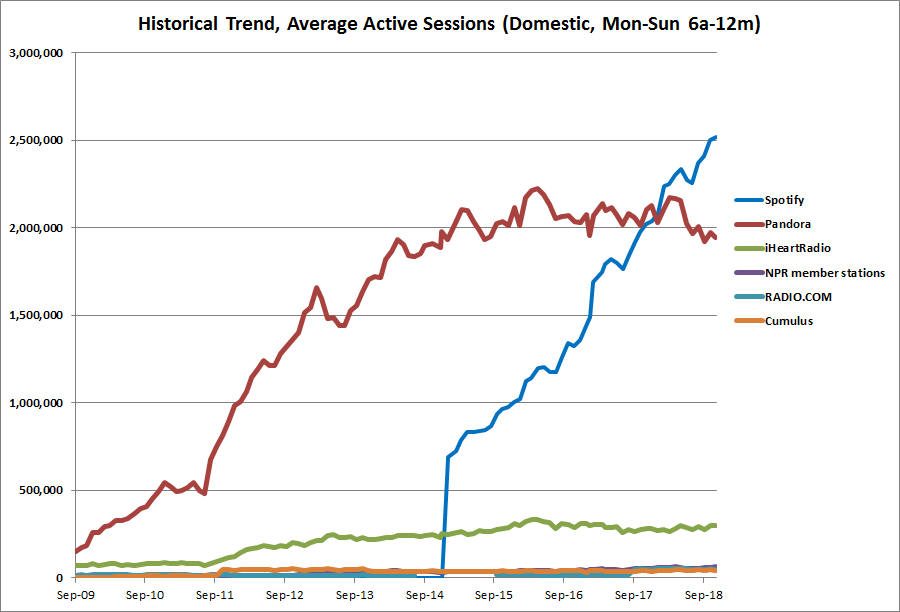