With the launch of the Webcast Metrics Top-20 Ranker, Triton Digital we see three important changes:

Here are the trendlines for U.S. listening, 6am to midnight Monday through Sunday. As always, RAIN News uses AAS as the governing metric. 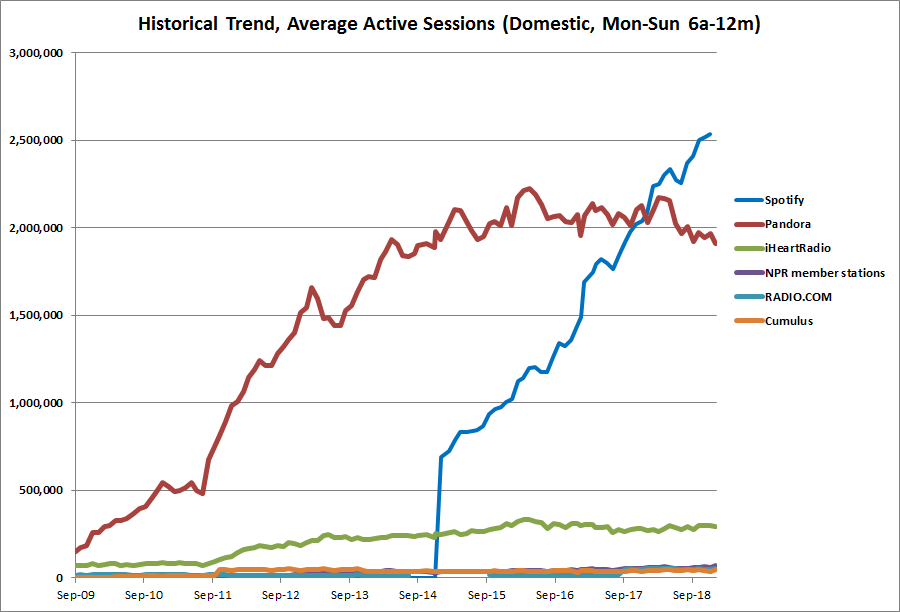 Without Spotify’s 2M-plus average active sessions in January, a year-over-year accounting is problematic. Looking at the Ranker without Spotify, we see a 3% drop in webcast listening.