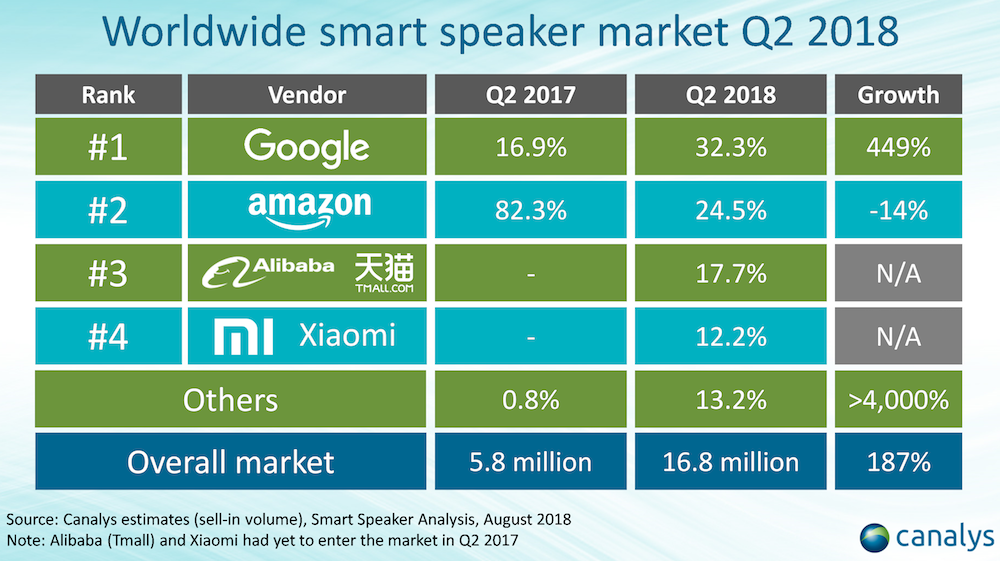 Canalys anticipated that the smart speaker market will continue to see shifts as the devices gain popularity in China. The country contributed 52% to worldwide volume growth in Q2 2018, compared with 16% in the U.S.

“Although the real level of user demand for speaker products is currently unproven, China is on its way to overtake the U.S. in the near term,” said Hattie He, research analyst at Canalys. “The challenge remains for local vendors to increase user stickiness and generate revenue from the growing installed base of smart speaker users.” 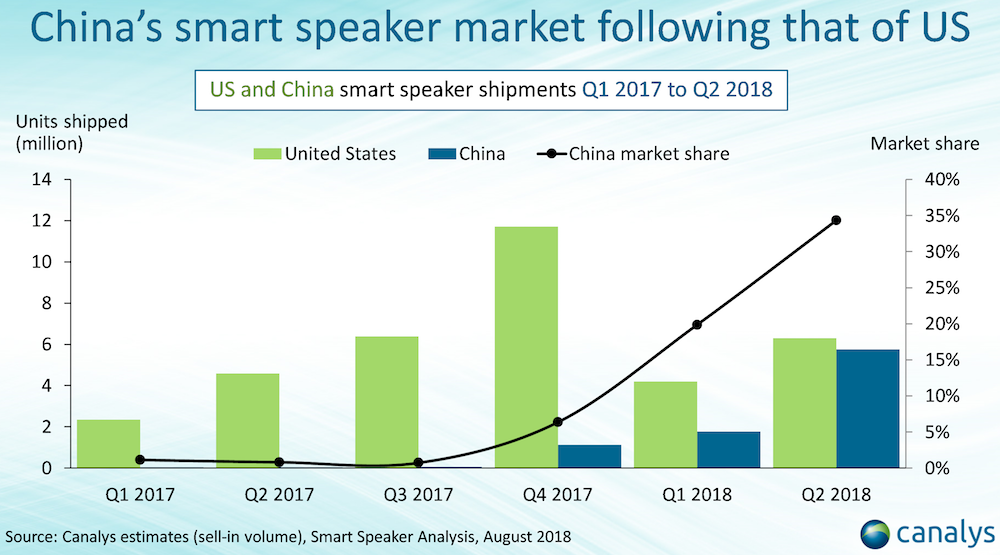