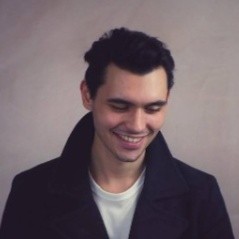 Guest columnist Zach Fuller, Analyst at MIDiA Research and RAIN Speaker, lives and works in London. This column was originally published in the MIDiA Research blog.

History doesn’t repeat itself. It does, however, rhyme.

Amazon have followed up the announcement of its free music streaming service by elaborating on its integration into Alexa and its Echo device. Not coincidentally, Google swiftly followed suit by announcing a similar service. A very contemporary walled garden play aimed at Spotify? Sure, but one that has a precedent in the past and is part of the future of demand-side audio entertainment.

MIDiA for many years now has discussed the paradigm shift around free that has seen a movement from thinking of free music as lower-paid retail to higher-paid radio. Streaming’s first milestone was becoming a long-term successor to retail. Now that it accounts or over 50% of industry revenue, it can officially claim to be the de-facto mode of music consumption. It has its sights set on doing the same to radio. Even though the revenue per user is much smaller, the addressable market is far higher, especially given that the US radio market until recently was larger in revenue than the entire global recorded music market. Such influence is underlined when we consider that:

Given the average higher net worth of older consumers, the most valuable advertising cohorts are concentrated within this medium. Not only that, but this group is typically slower to adopt new technology than younger users. For context, while it is fast growing, only 4% of the US population use Twitch. Radio disruption will look very different to CD disruption, as CD’s were mainly purchased by younger people. Radio, meanwhile, has an audience with the habit engrained over decade.

Embellishing the Prime pipeline through a free-streaming service is effectively the same strategy that RCA employed to incentivise radio adoption.

We have witnessed these shifts before. Radio of course was a free medium for the public to hear music for which previously they had had to pay. While some companies saw radio as a new avenue for promotion, others feared it would cut into profits from record sales and live performances.

Many record companies would not license their records to be played over the radio, and had their major stars sign agreements that they would not perform on radio broadcasts.

Indeed, for a while, the music recording industry had a severe drop in profits after the introduction of the radio and it initially appeared as though radio was a definite existential threat to the record industry. Radio ownership grew from two out of five homes in 1931 to four out of five homes in 1938. Meanwhile, owing also to the great depression, record sales fell from $75 million in 1929 to $26 million in 1938 (with a low point of $5 million in 1933). Pause and think about that for a minute. The US record industry in 4 years, owing partly to the disruption of radio, shed 93% of its market value. That is even more than the industry lost after file sharing was introduced between 2000 and 2015.

Streaming remedied this by bringing file-sharers back into a monetizable ecosystem, but also converted retail users (high average revenue per user (ARPU)) into radio listeners (low ARPU). The biggest risk for radio therefore is coexistence, as streaming is a direct competitor rather than a complementor. However, radio does have one major advantage up its sleeve: its age and its value. This will be a crucial disruption buffer against the voice-led disruption of radio in the home.

As my colleague Mark mentioned in his blog on Amazon’s ad-strategy last week, Amazon is at present a comparatively small player in the global digital ad business, with just 6% of all tech major ad revenue. However, its ascent has been rapid, and it clearly has both Facebook and Google in its sights. Facebook’s $50 billion of ad revenue in 2018 will feel like an eminently achievable target for a company that grew from $2.9 billion to $10.1 billion in just two years. To get there, Amazon is committing to a bold, multi-platform audience-building strategy, with phase one of meaningful Alexa adoption (100 million devices and counting sold) already completed. Embellishing the Prime pipeline through a free-streaming service is effectively the same strategy that RCA employed to incentivise radio adoption.