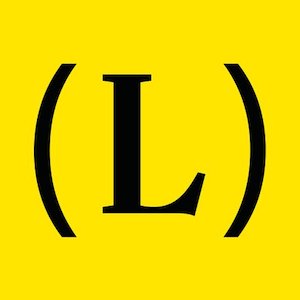 The great Luminary rollout continues. (Day 1, Day 2, Day 3.) Today’s ruffle is less about publishers withdrawing from the platform, and more about technical issues.

To proxy or not to proxy

It was discovered, by observers more technically savvy than RAIN’s editorial department, that the Luminary app was using a proxy server to deliver podcast listening to users. Rather than playing a show directly from the originating server, Luminary was inserting another pathway. Doing so reportedly removed listening statistics from podcast owners, and broke the delivery of dynamic advertising.

This sort of delivery path, which sometimes (but not in this particular case, according to Luminary) is known as caching, when the podcast file is copied and cached on the app server. Spotify caches podcasts, for example, and producers who distribute on Spotify trade the loss of information for the scale of global distribution. Most podcatchers do not cache shows.

Luminary acknowledged the proxy, and refuted the caching supposition. The company has course-corrected by changing the file-serving path, removing the proxy. The revised app is making its way through the app stores which offer Luminary.

But there is another issue, around which Luminary is digging in its heels. The app removes show notes from all free-listening podcasts in the app. These are the descriptions of individual episodes. Two problems. First, many people read those notes to decide whether or not to listen. (We do.) Second, the notes often contain links the producer wants or needs to have in there — for example the WTF with Marc Maron show links to each show’s sponsors in the episode notes, either as a requirement or a benefit to the sponsor.

Luminary’s response to its removal of the notes:

This is eye-popping. We think there must be some rationale to the idea that an internet hyperlink is a security threat, but in this context (really any context) we do not know what that could be. Show notes with their links are standard in podcatchers, as a quick survey of our app collection verified. So at the least Luminary is unabashedly and insistently out of step with standard practice. We await further elucidation of the security concern.

Read all about it

Perhaps the most concise summary of all this is in the Twitter feed of Podnews.net, James Cridland’s daily publication, where Luminary testily replies to Podnews’ L-yellow itemization of this week’s launch problems. (Here it is.) Luminary, not amused by the clever presentation, complains about “allegations of bad faith,” and lengthily lists solutions that are in motion. Twitter conversation ensues.