Stream listening slipped about 3% month-over-month in July, month-over-month, according to the Triton Digital Webcast Metrics Top 20 Ranker. As always, RAIN views the information through the lens of 6am – midnight, Monday through Sunday. The key metric is Average Active Sessions (AAS), which measures the average number of simultaneous listeners.

Spotify, which had led the group for a year, left the Ranker service at the start of 2019. Year-over-year comparisons are distorted by that exit. But if we remove Spotify’s numbers from the group total for June 2018, we see level streaming volume up one percent from a year ago. 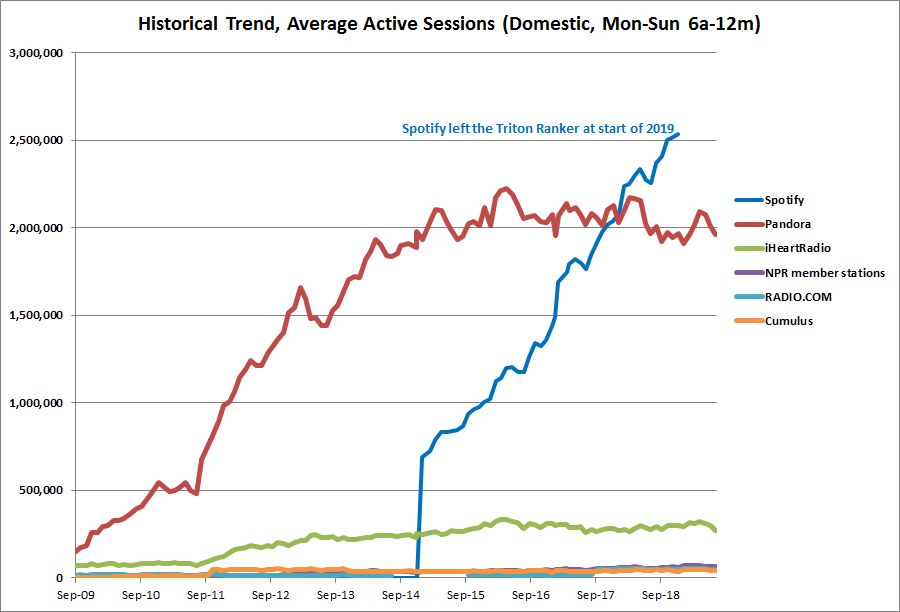