The October podcast publisher ranking from Podtrac includes a new entry. NBC News made the top ten, landing in ninth with its 24 podcasts. NPR held onto its crown for another month after taking the lead back from iHeartRadio in September. iHeartRadio remains a close contender in second, followed by the New York Times in third. 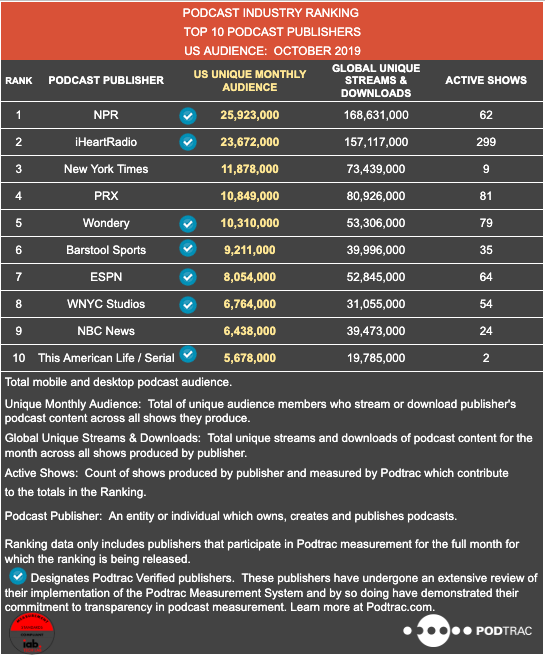