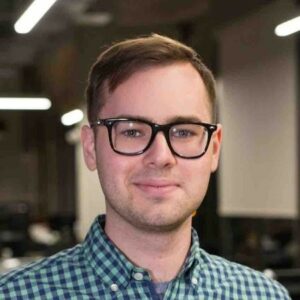 In a continuing follow-up to Friday’s CRB (Copyright Royalty Board) ruling on non-interactive music streaming royalty rates (called Web V), we spoke to Jon Stephenson, CEO of Media Creek, the parent company of webcasting platform Live365, where he is also the chief executive. Live365 has been a key component of small-webcaster streaming for many years. It is fair to say that the platform, which Stephenson raised from the ashes after a catastrophic failure following the previous CRB ruling (Web IV) for the 2016-2020 period, is the preeminent champion of independent webcasting at all levels.

Perhaps it is not surprising that with its historical expertise in navigating the CRB, the leadership of Live365 took the rate increase in stride. “We were not surprised by the determination,” Jon Stephenson told us. He said that Live365 has been accruing royalty payments in anticipation of a rate increase, and hit the actual increase almost exactly. “The ruling was definitely in line with our best guesses,” Stephenson said.

That doesn’t mean an ideal royalty expense scenario for Live365 and other streamers: “Not gonna lie, it would be nice to have more affordable rates for small webcasters.”

As we heard from others, the most grievous new expense in the CRB determination is the doubling of minimum royalty charge per channel, from $50o to $1,000 for eligible stations, with a $100,000 up-front down payment at the start of each year. Here is Jon Stephenson on that point: “I’d say the biggest disappointment for individual webcasters was the doubling of the non-refundable minimum payment from $500 to $1,000 per year, which results in the smallest webcasters potentially paying more per-performance if they are not able to fully utilize the $1,000 prepayment.”

Stephenson is quick to point out that using an aggregator like Live365 can make the entire business affordable and compliant with the new government regulation. That’s because Live365 is the licensee. “By combining thousands of these individual webcasters’ performances under a single license, we can fully utilize these minimums keeping the per performance rate for small webcasters on par with those large webcasters pay.”

The upshot for Live365 is that, while rate increases are never delightful developments, the new CRB ruling doesn’t change the business. “Overall we don’t see any major changes that the new rates will have on our overall roadmap,” Stephenson told us. The company can absorb the up-front minimum expense of $100,000, and continues to provide reporting and payments on behalf of its hosted webcast clients.

All in all, a much more peaceful transition from WeIV to Web V than in the previous cycle.