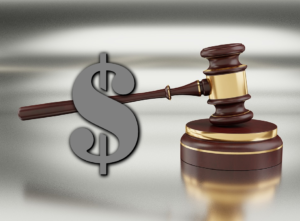 Delayed five months by Covid, the U.S. Copyright Royalty Board (CRB) released its new government-regulated royalty rates for the use of recordings in non-interactive streaming. This every-five-year exercise in setting statutory royalties is a crucial business factor for commercial and non-commercial companies which stream music to American audiences. That includes big operations like Pandora and AccuRadio, indie-station aggregators like Live365, and radio stations which simulcast their programming online.

There are two key numbers:

These fees cover the 2021-2025 period, are subject to potential cost-of-living adjustment during that term, and apply only to the type of streaming regulated by the CRB, which is defined by three conditions:

A separate rate pertains to subscription-service streams, and it is $.0026 per stream/user.

Royalties are paid to SoundExchange, the government sanctioned organization for the collection and distribution of royalties.

This iteration of the CRB process is nicknamed Web V, and follows four previous cycles that began in 2005. The CRB decision is formally called Web V Determination. The headline numbers represented here come out first, and they were released late Friday. Some weeks from now the CRB will follow precedent and release a statement of reasoning — a document that summarizes arguments made by participating parties during a legal lead-up to the determination, and presents the CRB rationale for its judgment. The Copyright Royalty Board is a three-judge bench.

The Web IV Determination in December, 2015, setting rates for 2016-2020, was tectonic for small webcasters. Along with rate escalation, the expiration of the Webcaster Settlement Act of 2009, which provided reduced royalties for small webcasters, caused a general  wipeout in the amateur and semi-pro internet radio landscape. That fertile niche of the industry has recovered to some extent, thanks to aggregator platforms which can monetize a large inventory of advertising across hundreds or thousands of stations.

(Thanks to David Oxenford for quick notification of the CRB rate release. David Oxenford is the leading broadcast/streaming law attorney in the country, a RAIN Summit speaker, and guest columnist for RAIN News. Follow his Broadcast Law Blog HERE.)