Metallica is out with a new album and the band has gone an unusual route with distribution. Hardwired… To Self Destruct has been released on most of the usual digital outlets, but it is also on YouTube in its entirety. Metallica’s adoption of streaming distribution contradicts the band’s earlier resistence, and contains some irony. Then there is Radiohead, once a hold-out, which is now streaming on Spotify. END_OF_DOCUMENT_TOKEN_TO_BE_REPLACED 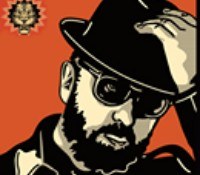 Recording artist and producer Dave Stewart (best known for Eurythmics) has reversed his previous anti-Spotify stance, criticizing Radiohead’s Thom Yorke for “not getting it.” (Yorke famously conducted an angry public withdrawal from Spotify.) A year ago, surmising from Stewart’s public… END_OF_DOCUMENT_TOKEN_TO_BE_REPLACED