Behind Apple Podcasts, Spotify is the second most popular podcast listening platform. Spotify’s Head of Content Partnerships, Lauren Jarvis told a session that Spotify podcast listeners profile differently from overall podcast listeners (many are new to the medium), and they see a 2.3x increase in listener engagement on the Spotify platform. That is a big lift and a low-cost way (no music licensing fees) to grow Spotify’s audience footprint.

Spotify made several announcements at CES, including a new podcast with former ESPN host Jemele Hill slated for March. Look for a lot more original content from Spotify.

Spotify Studios’ head, Courtney Holt, told attendees “When we started the podcast initiative, we recognized that it was a good compliment to our music series. People who consume podcasts consume more music, more Spotify.”

Up until now, podcasts have been a “pass-through” with no monetization by Spotify. That’s changing. Brian Benedik, VP and Global Head of Advertising Sales at Spotify said: “Think about what we’ve done around music — the more understanding you have around the music you stream, the more we can personalize the ad experience. Now we can take that to podcasts.”

Significantly, Spotify makes their data dashboard available to all podcasters on the platform. Their deep understanding of music customers scales to podcasts.

Should Podcaster Aggregators Look For Content With An Eye Toward IP On Other Platforms? 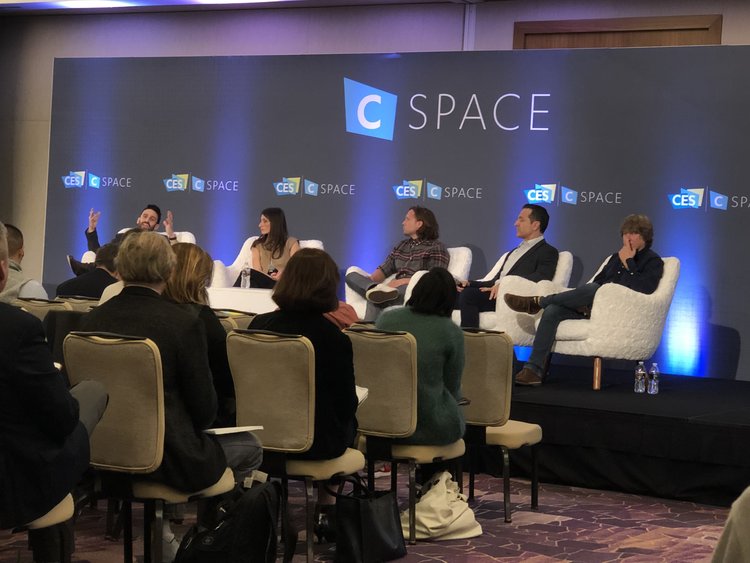 The podcast panels at CES had a Hollywood lean and that makes sense given the rush to license podcast content for video. Joe Schwartz of United Talent Agency (UTA) moderated a panel entitled “Breaking Through: Building Podcast Franchises.” Schwartz said that partnerships are what everyone is looking for.

Wondery CEO Hernan Lopez said while they were “neophytes” at their start, they knew that audio drama had IP appeal and have had several successes, including Dirty John, a partnership with the Los Angeles Times.

The panelists commented that podcasters are good at building community – many have strong social engagement. That’s attractive to Hollywood and can provide a head start in finding a core audience for a TV show or movie. On the flip side, the panel lamented about the difficulty in sharing audio on social platforms versus the ease in which a YouTube video, for example, can be shared on Facebook and other platforms.

A panel moderated by another UTA agent, Oren Rosenbaum focused on the money side of things.

Conal Bryne leads iHeart Radio’s Podcast Network (his company, How Stuff Works was purchased by iHeart) and talked about podcasting’s synergy with broadcast radio. They scaled a recent Will Ferrell podcast introduction across 250 iHeart radio stations. As Bryne rightly pointed out, NPR has been using this tactic for ten years. 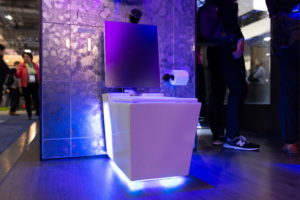 Subscription revenue is on the mind of several. Mathew Sacks from the well-funded start-up Luminary Media hopes to see podcasts follow the TV/Netflix style model to grow subscription revenue. Luminary’s yet to be launched app is expected to have a free tier, supplemented with premium subscription content.

There is a sense that greater scale will result in more brand-based advertising, beyond direct response which currently dominates the business.

Bryne: “The medium is punching way above it weight.”

Sure feels that way.

How big is the flood of podcast content? Wondery Chief Hernan Lopez makes an excellent observation; last year 200,000 podcasts were launched. That’s one-third of all the podcasts that exist.

While Google was inescapable at CES, Amazon rolled out a series of important initiatives and product integrations. Echo Auto is now ready to ship to 1 million U.S. Drivers. You have to request an invitation. It is an accessory, so not yet native to autos, but clearly a push for Amazon. If I have this figured out right, adapting Android Auto is more difficult, essentially requiring pre-installation in a vehicle. For the moment; advantage Amazon. 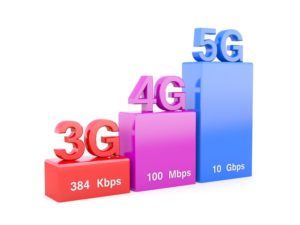 Here Is Absolutely Everything You Need To Know About 5G

According to Shawn DuBravac author of Digital Destiny who spoke to a Jacobs Media group gathering, 5G, which stands for Fifth Generation, is one hundred times faster than 4G. Downloading a two-hour movie on 4G runs about 6 minutes, with 5G it will take 3.6 seconds. That means downloading audio, such as podcasts, will be a dream and no longer a bandwidth deterrent. But, much like driverless cars, 5G will not be here tomorrow.

Smart speaker adoption grew by 78% in 2018 according fresh post-holiday data from Edison and NPR. Now, 2 out of 10 Americans own a smart speaker, that’s roughly 53 million people. If you own one, you probably have more than one. The average is 2.3 devices per household. Edison Research’s Tom Webster: “While these devices initially served as audio appliances, they are now becoming integrated into the fabric of everyday life for tens of millions of Americans.”

From the Game of Thrones department, if you are in the market, Kohler has a new $7,000 “Intelligent Toilet” that has a heated seat, mood lighting, built in speaker and Amazon Alexa voice controls. Wow, you can order more toilet paper, or whatever else you can think of on the throne. You can see it here.

Too much to recap. If you spent one minute at each booth, it would take you three days. All you can do at CES is sip from a straw in the giant ocean of innovation ….. (and the sea of hype).