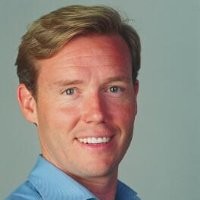 Michael Robertson is an entrepreneur building technology companies. Companies he has founded include digital music pioneer MP3.com sold to Vivendi/Universal and Gizmo5 sold to Google. His current ventures include TuneRoom and OnRad.io. More information is at MichaelRobertson.com or on Twitter @mp3michael. This column represents the research and opinions of Michael Robertson, and not necessarily RAIN.

Eleven years ago after appearing as a guest on the Adam Carolla podcast (The Adam Carolla Show) Joe Rogan decided to create his own podcast. Recently he agreed to give an exclusive to Spotify for that podcast, The Joe Rogan Experience (JRE) for at least a hundred million dollars (maybe a lot more).

Rogan is a modern day renaissance man. He’s a comedian with credits as a TV host and actor but best known for being a knowledgeable MMA announcer for the UFC and podcast host with nearly 1500 episodes. He’s intellectually curious and a rare independent thinker. He interviews a wide range of guests including comedians, sports stars, actors, businessmen, politicians and even controversial thinkers like Milo, Eric Weinstein and Tulsi Gabbard who others seem to want to blackball. His comfortable, unintimidating style shines the spotlight on the guest while he interjects open minded questions.

Meanwhile Spotify is being forced to diversify away from music due to the high royalties. They’ve wisely chosen to stay in the audio realm and move to spoken word where they can sidestep the major labels’ hefty royalty payments. The Joe Rogan deal caps about $600 million of investment in podcast companies and content to build their status in the podcast arena.

The Spotify deal with Rogan bring new episodes to Spotify on September 1, and by 2021 will make all of his past episodes (including video) available exclusively on Spotify. This is where he bumps into crazy US copyright laws. Section 17 USC 114(d)(3) states “No interactive service shall be granted an exclusive license under section 106(6) for the performance of a sound recording publicly by means of digital audio transmission for a period in excess of 12 months.”

Spotify is an “interactive service” and by all accounts this is an exclusive deal — which is permitted by the law, but only for 12 months. In the official Spotify press release the JRE deal is listed as a “multi-year” deal. It is possible to do up to 2 year deal but only for a licensor that “holds the copyright to 1,000 or fewer sound recordings.” Since there are 1,477 JRE episodes this would seem to not apply.

Presumably this clause was inserted into copyright law to blunt the power of the major record labels. The fear was that a major label might give an exclusive for a large music catalog to one service willing to pay the highest upfront fee (for example a cash rich Apple Music). Ironically I believe the motivation for this clause was in an attempt to protect an independent company like Spotify that might find it difficult to bid against a behemoth like Apple, Google, or Amazon for exclusivity. Since all the music services charge $9.99/month, if one were to have exclusively — say the Sony catalog — then alternatives would look substantially less interesting to customers.

Exclusivity in the music services has been mostly rare. Tidal has trumpeted some music exclusives. Nobody brought up the copyright law implications at the time. Those exclusivities have not propelled Tidal into the top tier. For the most part the music services compete not on catalog, but on features.

Nobody could have predicted the ramifications of this limit on exclusive licenses. This section of the copyright law was written in 1998 before the advent of podcasts. Today podcasting is mostly open, with most podcasts available in multiple directories and playable in many podcast apps. (I’m a big fan of Castbox.) This contrasts sharply with video which is driven increasingly by exclusivity deals, with popular shows only available on Netflix, Hulu, Amazon Video, and premium cable TV channels.

The podcast universe may follow the video universe and become a web of exclusive deals as companies maneuver for leadership and creators maximize their leverage. iHeartMedia claims 750 “original podcasts” such as the always funny Ron Burgundy Podcast, but it’s unclear how many of those are licensing deals which risk running afoul of the same copyright law as the Rogan deal or outright ownership. I’m always for maximum freedom because I believe that leads to the best outcomes for people however copyright law puts the government into the middle of every aspect of the media business. Copyright law will likely have a strong say in what the podcast business looks like in the years to come.