Edison Research has published its Infinite Dial 2019 report for Canada, its second exploration of the audio consumption habits for the market. The results are based on more than 1,000 phone surveys in the country, offered in both English and French, during the first quarter of the year. 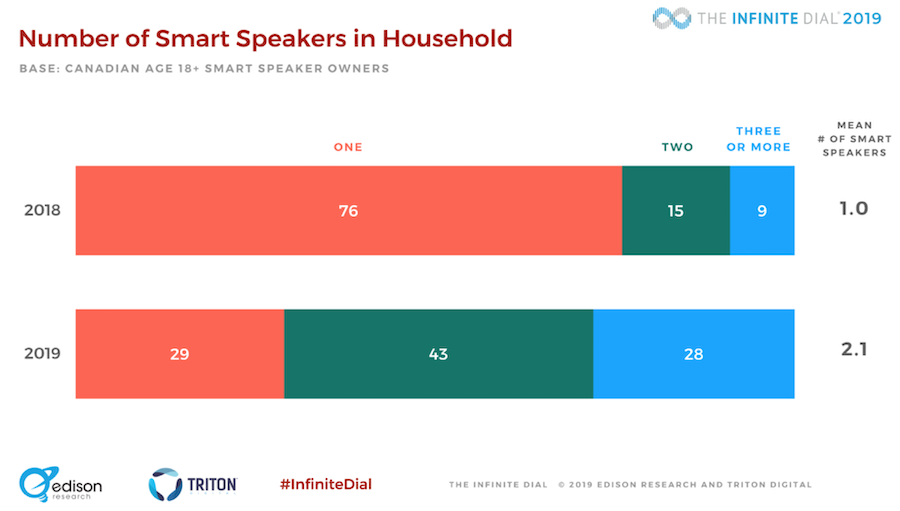 Technology ownership grew across categories in Canada. From smartphones to smart speakers, the surveyed product segments showed growth between the 2018 and 2019 results. Awareness of smart speakers rose too, with 65% of the respondents aware of any of the brands with notable market presence. Google Home was the most familiar product line with 57% awareness, followed by Amazon Alexa at 47%. The ownership rates were 14% for Google Home, more than doubling its 2018 result, while Amazon Alexa tripled to 9%. Across all respondents, 26% said they owned any smart speaker. Almost half (43%) of the 2019 smart speaker owners said they possessed two devices, and nearly even rates of single device ownership and more than three devices owned brought the mean number of smart speakers in Canadian households to 2.1.

Audio brand awareness in Canada presents a scramble at the top. Google Play Music eked out a slim lead with 65% awareness, followed by both Apple Music and Spotify at 64%. CBC Music had 48% awareness and Amazon Music secured 46%. 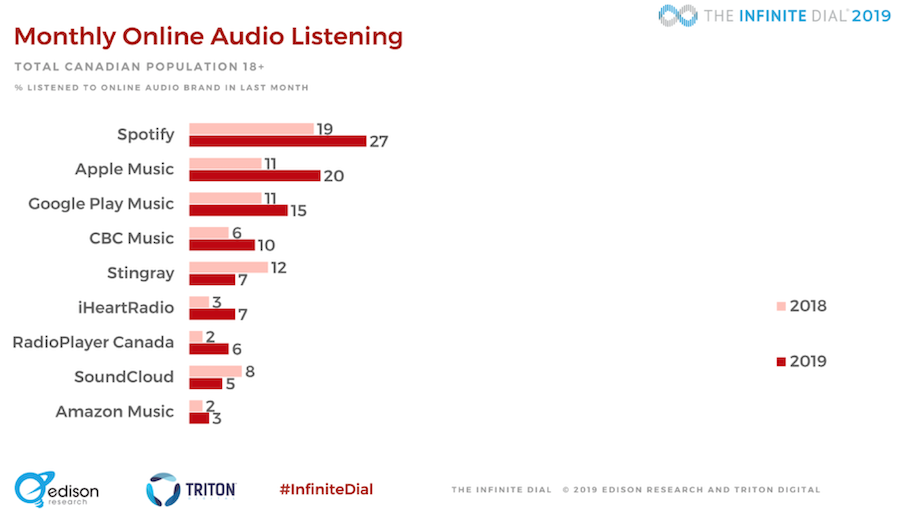 When examining monthly online audio listening, Spotify took a bigger lead with a 27% response rate. Apple Music received 20% and Google Play Music 15%. Weekly online audio listening followed the same order: Spotify at 23%, Apple Music at 17%, and Google Play Music at 11%. Spotify also widened its lead as the audio brand used most often by Canadians, increasing its share of responses from 26% to 32%. Apple Music also grew its share of most-used brand responses from 16% to 25%.

Podcasts showed growth in just about every metric. Monthly listening grew from 28% to 36%, with women and ages 35-54 showing the biggest gains. Weekly listening increased from 19% to 23%. This time, ages 35-54 and men delivered the largest changes. Notably, a much greater rate of respondents who had ever listened to a podcasts said they had increased the playback speed of a podcast at some time; this rate leapt from 9% to 27%. 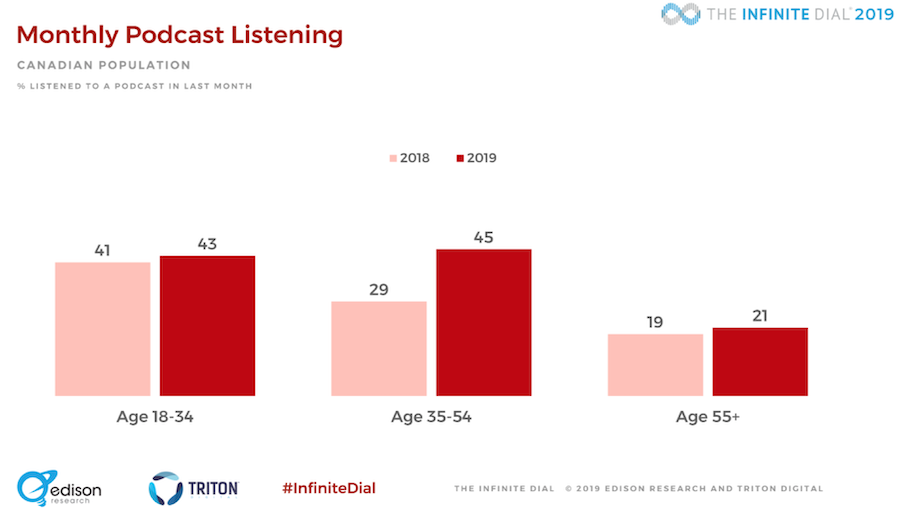