Guest columnist Bill Rosenblatt is Founder and President of GiantSteps Media Technology Strategies, a New York consultancy with clients in three continents, ranging from startups to enterprises including Warner Music Group, Sony, Disney, Google, NPR, Spotify, and others. He is also adjunct faculty at NYU, teaching Data Analysis in the Music Industry. This article was originally published in Forbes. 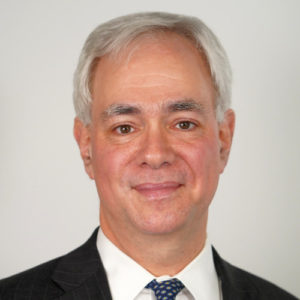 Another important podcast publisher may soon be owned by a major content platform. The Wall Street Journal has reported that Amazon AMZN -0.2% is in exclusive talks to acquire Wondery, home of over 150 podcasts, at a valuation of over $300 million. This move is a natural next step for Amazon in following Spotify’s strategy to go big into podcasting as the medium becomes more commercially viable. Amazon and Spotify are about to become frenemies in podcasting as they implement a strategy that competes with the other pair of podcasting frenemies, iHeartRadio and NPR.

Spotify, looking to differentiate itself from its competitors in the music market, has invested around a billion dollars in podcasting: it has bought large podcast publishers such as Gimlet (home of Reply All, StartUp, and Crimetown), Parcast (Supernatural, Unexplained Mysteries), The Ringer (The Bill Simmons Podcast), and—last month—the podcast publishing and advertising platform Megaphone. Recently it has been gradually making more and more of its podcasts exclusive to Spotify subscribers—including the highly popular Joe Rogan Experience, for which it reportedly paid over $100 million.

Amazon recently followed a similar path by offering podcasts within its Amazon Music app and embarking on a series of celebrity exclusives, starting with Will Smith and DJ Khaled. Amazon’s Audible division has had original audio content for years, but that content—from sources such as the Wall Street Journal and Scientific American—has existed outside of the emerging mainstream of podcast listenership, and Audible hasn’t marketed it very heavily. So the logical next step for Amazon is to acquire one of the remaining large independent podcast publishers.

Wondery is a venture-backed company that was founded in 2016 by former Fox television executive Hernan Lopez. Fox studios took a stake in the company; the stake is now owned by Disney DIS +0.4% since Disney’s acquisition of the Fox studios last year. The company has known to be seeking a buyer for the past few months.

In addition to its own podcasts, including favorites such as Business Wars and Dr. Death, Wondery publishes shows in partnership with NBC, the Los Angeles Times, USA Today, Bloomberg, and others. This past summer it launched a paid subscription service that offers ad-free versions of its podcasts for $5/month. Last year it launched a partnership with Cumulus Media, the No. 2 U.S. broadcast radio network, that should help Cumulus compete against the iHeartRadio radio/podcasting juggernaut. Wondery also has an agreement with Universal Music Group that—uniquely among podcast publishers—enables it to use music from UMG’s catalog, the biggest in the music industry, in any of its podcasts.

If Amazon completes the deal, it’s inevitable that Amazon will follow a path with Wondery that’s similar to the path that Spotify is on with its podcast acquisitions and licensing deals: gradually make them exclusive to Amazon Music (and possibly Audible), to increase the attractiveness of those audio content platforms. Amazon is also likely to promote Wondery’s podcasts through its Alexa-based smart speaker ecosystem. According to the Infinite Dial research study from Edison Research and Triton Digital, Amazon Music is the fastest-growing on-demand music service; it’s currently No. 2 behind Spotify (the study doesn’t measure YouTube for music) and ahead of Apple AAPL +0.8% Music.

With Amazon and Spotify pursuing walled-garden strategies for podcasting, we’re likely to be headed for a bifurcated podcasting world, where one axis of companies pushes for exclusivity and walled gardens while the other pushes for ubiquity and ad revenue.

The two biggest podcast publishers today, by a wide margin, are iHeartRadio and NPR. Although the latter is a nonprofit and the former is not, they both have the same fundamental strategy: to distribute their shows as widely as possible and maximize revenue from ads and sponsorships. As we’re especially hearing on many of iHeartRadio’s shows, pre-recorded third-party ads placed on these podcasts make them sound more and more like commercial radio. Recent research from Veritone shows that such ads are not as effective or appealing to listeners than the less-scalable host-read ads that podcasts have become known for.

This could put the iHeart/NPR axis on a collision course with the Spotify/Amazon axis. iHeart and NPR are increasingly dependent on Spotify for distribution, because Spotify is now, according to Statista, the most popular podcast app in the U.S. market, having recently leapt ahead of Apple Podcasts. (Google Podcasts, standard on Android devices, is now No. 3.) Amazon Music is likely to climb that list in the coming year or two.

In other words, Spotify and Amazon have increasing amounts of leverage against other podcast publishers. One or both of them could de-emphasize iHeart’s or NPR’s podcasts in their search results, make them more difficult to subscribe to, or require them to pay fees to be available on their apps. Conversely, shows published by iHeart, NPR, or other publishers may be so popular that they are “must-haves,” in which case the money could flow in the opposite direction, as it does in cable TV. To the extent antitrust law allows it, podcast publishers could require Spotify or Amazon to offer less popular shows as a condition of offering the big hits. There are lots of possibilities.

If any of this happens, we’ll have a podcasting world that looks more like television, with its tiers of free broadcast, basic cable, and premium cable channels, instead of the world of digital music where all of the services offer more or less the same enormous catalog of content. Amazon’s potential acquisition of Wondery puts podcasting on a path towards a crossroads; the next couple of years are going to be very interesting.