“Smart speaker ownership soars and brings AM/FM back into the home,” writes Pierre Bouvard in a new Westwood One blog post. A key statistic from the parent company backs this up: 24% of stream listening to Cumulus radio stations happens on smart speakers. 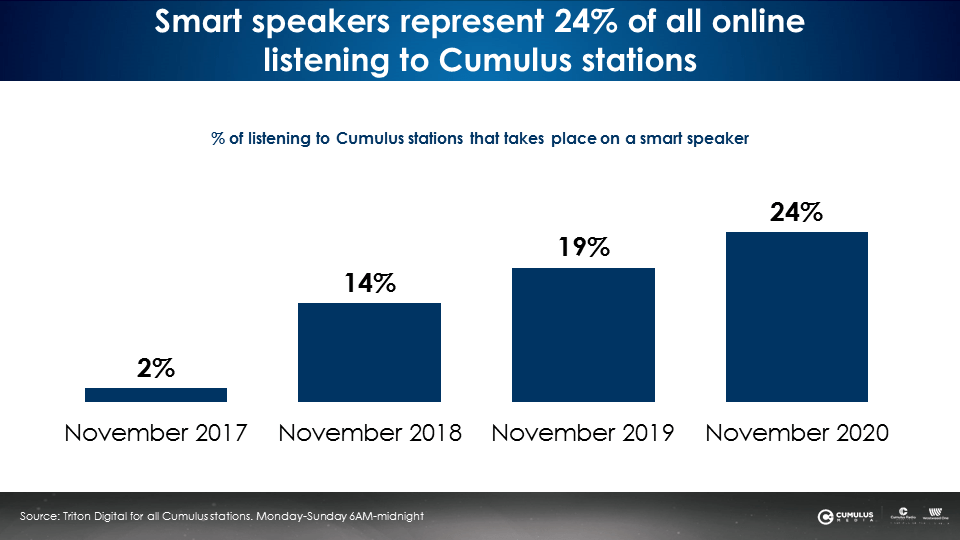 That’s exactly the sort of metric radio has been hoping for, indicating as it does that proliferating smart speakeer use in the home might replace traditional receivers which are vanishing from homes. According to the Share of Ear study from Edison Research, a subscription product which Westwood One frequently shares on its blog, smart speakers have surged by a multiple of five in ownership, increasing from 7% in 2017 to 35% as of Q3 2020.

Cumulus has enough confidence in smart speaker listenership on the streaming side, that  it booked an ad campaign with The Southeast Michigan Ford Dealers Association, which runs as a preroll when someone instructs Alexa or Google Assistant to play a Cumulus radio station.

Other interesting stats from Westwood One: