Positioning of the leaders remained the same in May stream listening, according to the just-released report from Triton Digital’s Webcast Metrics Ranker, a comparison of stream listening volume among Triton’s top 20 clients. The group as a whole gained one percent in overall listening compared to February.

As always, RAIN uses Average Active Sessions (AAS) domestically (U.S. only), in the 6:00am to midnight — a lens we have used to track this report since 2009.

Worth noting: While Spotify leads in volume of Average Active Sessions, Pandora holds a substantial lead in Average Time Spent listening, while both trail group leader AccuRadio in this metric:

Only four pureplay streamers are in Triton’s Top 20, those three plus iHeartRadio (which furnishes online-only playlists, podcasts, and broadcast streams).

Following are the trendline leaders for May: 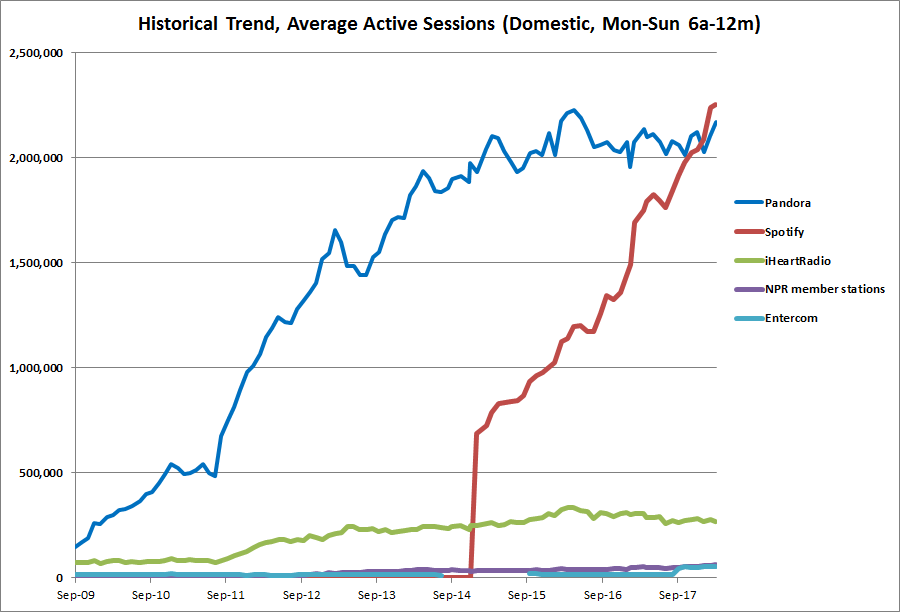 Year-over-year, overall webcast listening gained 13%. Leaders in that department was Hubbard at 44% (excluding Beasley and Entercom, whose YoY gains were boosted by acquisitions).