Stream listening gained about 2% month-over-month in March, according to the Triton Digital Webcast Metrics Top 20 Ranker. As always, RAIN views the information through the lens of 6am – midnight, Monday through Sunday. The key metric is Average Active Sessions (AAS), which measures the average number of simultaneous listeners.

Pandora, leader of the pack, gained three percent from January, to move above 2-million average active sessions for the first time since last August. (Spotify, which had led the group for a year, left the Ranker service at the start of this year.)

Year-over-year comparisons are distorted with the exit of Spotify. If we remove Spotify’s numbers from the group total for both March 2019 and March 2018, we see a three percent dip in listening year-over-year.

Here are RAIN’s leader trendlines from Sep. 2009 through March of this year: 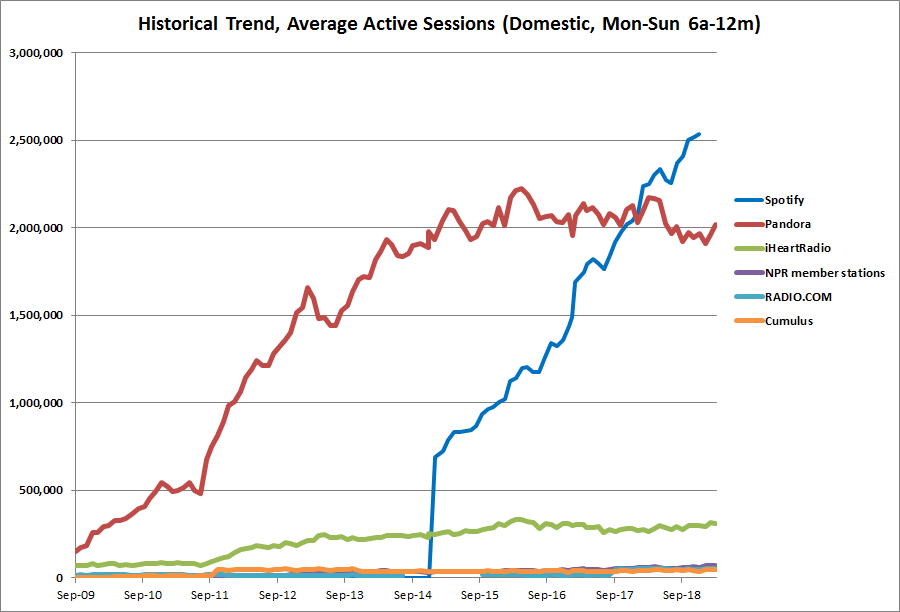