Stream listening held steady in April compared to March (actually up by a fraction of a percent). The numbers come from Triton Digital’s Webcast Metrics Top 20 Ranker, and RAIN’s monthly tracking of the Ranker over 10+ years.

The year-over-year view showed an unusually large 10% decline, due almost entirely to Pandora’s 14% drop in listenership during that span. (Pandora listening rose 2% in April over March.)

As always, RAIN uses the Average Active Sessions (AAS) metric in tracking the Webcast Metrics report — AAS is a measure of average simultaneous streams served to listeners. We look at the table of U.S. listening, 6am – 12 midnight.

Interestingly, as we glance over the past few months, the one Webcast Metrics entity which enjoyed substantial lift during the March-April period of home quarantine is NPR. The public radio network and top-2 podcaster saw a Feb-Mar jump from 79k average listeners to 90k — and held that jump in April. 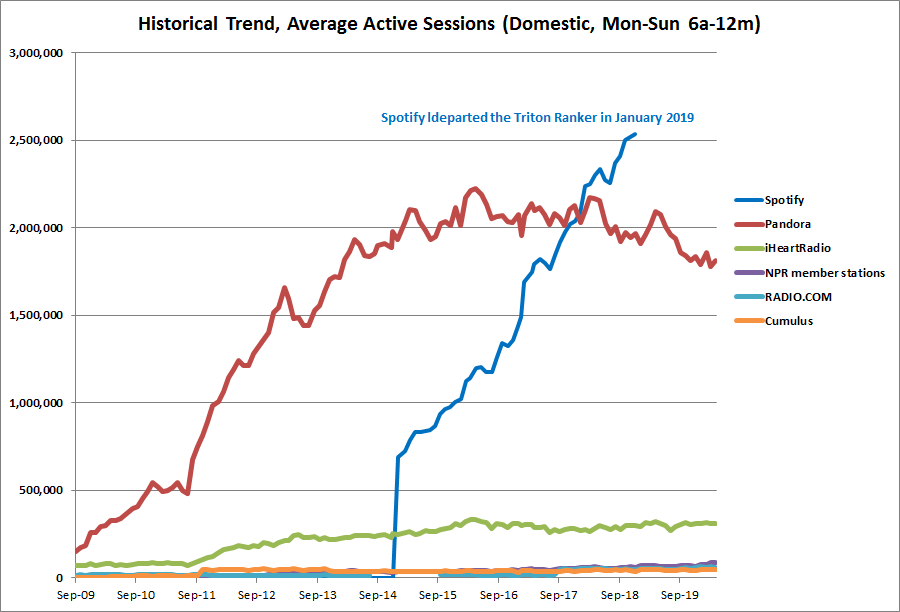