During fast-moving upheaval, one initiative strives to create stillness: “The Show Must Be Paused,” a plea started by two Atlantic Records execs , directed at the music industry, to publicly recognize racism generally, and the deaths of blacks at the hands of police specifically. Jamila Thomas and Brianna Agyemang started this off with a short manifesto calling for a day of work-week disruption. “It is a day to take a beat for an honest, reflective and productive conversation about what actions we need to collectively take to support the Black community,” they wrote.

The correct hashtag for this is #theshowmustbepaused. A spinoff (#BlackoutTuesday) is related and has gained traction, but it does not belong to the original Thomas/Agyemang movement.

The call to reflection is for the music industry as a whole, not necessarily labels only. We learn from Fast Company that Apple Music and Spotify are participating:

We also notice graphic black-outs of some Spotify playlists feature black music, in a part of our Browse section in the Android app called “In solidarity.” (See below.) 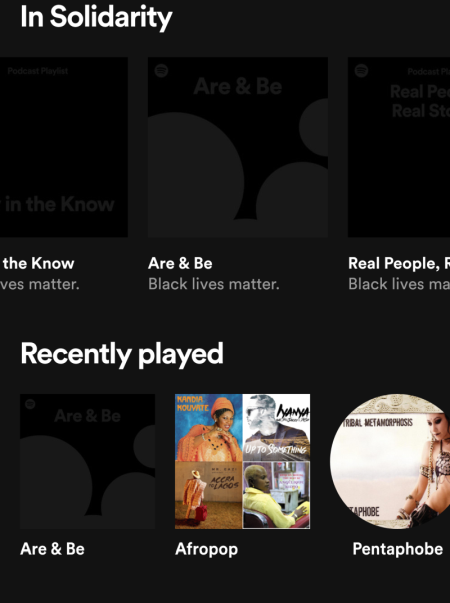