Every day it seems a new podcast company is staffing up and launching as “an innovator in the podcast industry.” That too was the pledge of Ozy Media in an overcrowded media space. Ozy was positioned as a new multimedia voice “to vault you ahead of the curve – and spark change.” Included in Ozy’s mix were six podcasts.  Business was going well until it wasn’t.

While the cause was noble, Ozy’s desperation to build an audience ended up outweighing any moral compass. Pretend audience metrics and a key executive faking a Goldman Sachs fundraising call disguised as a YouTube executive brought the company’s schemes to the surface. “Fake it till you make it,” pervaded the organization, which tumbled into crisis, and is likely gone for good. The fallout is everywhere – CEO Carlos Watson even stepped down from NPR’s board last week. 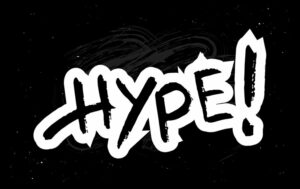 Ozy Was Scrambling To Find Viewers, Listeners, And Readers To Tell A Story Of Wild Growth

The truth is, Ozy was scrambling to find viewers, listeners, and readers to tell a story of wild growth. They were buying eyeballs and listeners, defaulting to paid versus earned media. In other words, they were buying an audience to demonstrate momentum and placate advertisers — by any means possible.  And it wasn’t working.

Ozy claimed to have a footprint of 25 million email subscribers, a social reach of 25 million, and 30 million YouTube views. These numbers are now in dispute.

Ozy created some good content on multiple platforms, including web, videos, podcasts, and newsletters. As it turns out, their problem was no different from what most media companies and content creators experience: the elusive hit and finding an audience. That’s where the issues crept in – not enough web traffic, podcast listens, video views, and newsletter readers.

This may have been particularly troubling as Ozy produced a lot of advertiser-based branded content – a notoriously challenging category to grow. It generally doesn’t perform well. Start the hype machine.

Gaming the system is done all the time in the digital world from bot farms to pixel stuffing, billions of fake impressions, pop-ups and everything in between. My friend Bob Hoffman writes The Ad Contrarian, a blog often about rampant digital fraud in ad tech. It’s a must-read if you like spitting up your coffee.

Sure, much of Ozy’s shadiness comes from their own corruptness – but a lot of it has to do with the lack of transparency in digital advertising and issues with how digital ads are trafficked or measured and the games that can later be played. What exactly is a “social impression?”

A Cautionary Tale for Podcasting

As podcasting has snowballed, creators, publishers, and advertisers find themselves competing for limited shelf space with escalating pressure on jammed social and marketing channels, competition for cross-promotion, and too many sound-a-like shows. This is where desperation can lead to warped thinking and questionable tactics.

Ozy bought ads to attract attention and induce sampling. There’s nothing wrong with that – marketing strategies should include paid media. How it was counted and presented to investors and advertisers, and some of the tactics employed are the unethical story.

More And More After A Launch, There Are C-Suite Meetings At Podcast Companies About Why A Podcast Has Little Growth Or Momentum And What To Do About It

More and more after a launch, there are C-suite meetings at podcast companies about why a podcast has little growth or momentum and what to do about it – stat. This pressure can lead to companies using “creative” tactics to juice numbers. Some podcasters, for instance, have gone rogue hiring bots to grow downloads.

That will not end well.

Sounds Profitable chieftain Bryan Barletta, who consults podcasters on issues related to ad tech warns: “Download fraud isn’t anything new in podcasting and we’d be ignorant to pretend it is.  Downloads don’t really beget downloads, so even if you get a natural boost from your fake numbers, if you ever stop faking it, it’ll be incredibly visible. I do expect there to be more attempts to inflate numbers.”

Why it Happened Matters

This post is not about the deception aspect of the colossal wreck that is the Ozy story. It’s about why it happened. Putting Ozy’s deceit aside (yes, it’s hard), it’s revealing to see how far a desperate media company might go to generate traction, or perceived traction, in a saturated marketplace.

There is much to learn from Ozy’s transgressions. As Mediaite put it, “a company that was predicated on generating buzz, interest, and eyeballs, Ozy’s only true impact appears to have been their demise.”

The real winners in our industry will be podcast companies with integrity and grace, even under pressure to “make the numbers.” without making the numbers up. The key is to focus on highly-differentiated quality content and real marketing strategies that engage and excite consumers.