With the upcoming release of Apple’s IOS 14.5, as noted in today’s Podnews.net, Apple joins other major apps using the term “follow” instead of the confusing and loaded word, “subscribe.”  As we wrote about two years ago, “subscribe” is a bad word for podcasting with a connotation of money changing hands like magazines or Disney+.

Edison’s Tom Webster frequently has noted confusion about the word “subscription” stemming from research done two years ago in which 38% of respondents thought subscribing to a podcast meant paying for it. 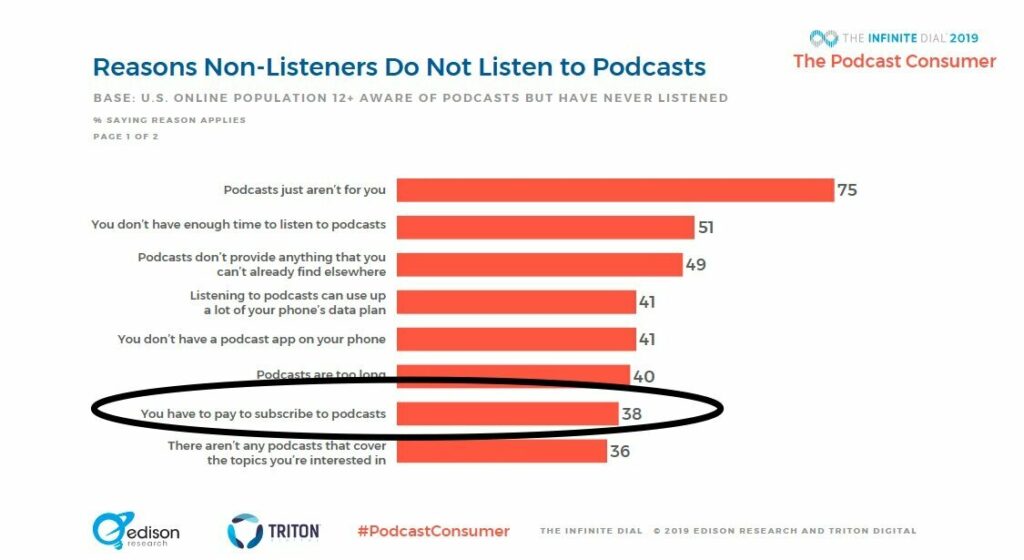 Bravo to Apple on the significant change.  It’s great to finally see the word “subscribe” retired from the Apple app and our podcast nomenclature, but we have to wonder — have we seen the last of the term “subscribe” as it relates to podcasts? 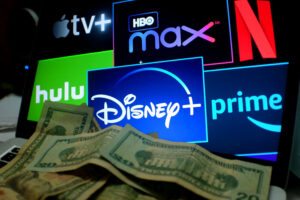 Last month Spotify announced testing of paid podcast subscriptions and a’ la carte micro payments starting this spring (read: any moment).  That move could range from bonus content to something more robust.  If paid subscriptions are only available on Spotify’s Anchor platform, that might make it less of a seamless and compelling tool. We will have to see.

The friction surrounding payments and the value of the proposition have been factors in podcasts lagging behind other paid content. The abundance of free top-notch content is the biggest factor. It also doesn’t help to have Netflix, Disney +, Peacock Premium, HBOMAX, Paramount+ and others aim for the consumer’s wallet.

The payment model for podcasting is not a new idea. Audible, which has jumped back into podcasting as a core offering is indeed a full-on subscription service. Wondery and Stitcher have developed paid models with early releases, older episodes and bonus material with only modest success.   Luminary (yes they still exist), famously spent more than $100 million launching their version of “Netflix” for podcasts.  The timing was unfortunate with a torrent of fantastic free content launching hourly, compounded by their largely unremarkable exclusive content. The other problem Luminary faced was developing consumer awareness and asking people to download yet another podcast app. Generating consumer awareness and getting credit cards are the Himalayas of marketing. 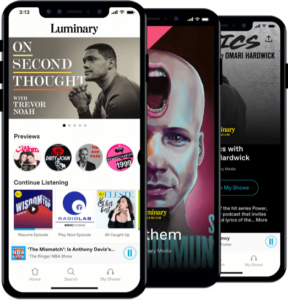 With two million podcast titles out there, the rarified air is a podcast with enough listens to make money from ads, so it’s natural that producers are looking to other means of monetization.  In addition to paid subscriptions, some podcasters have supported their efforts via Patreon and other micro-payment services.

Most importantly, we don’t know where Apple is headed. They have built up a dedicated podcast staff and an audio version of Apple + is rumored, which certainly fits their business model perfected with apps, news, and other bundled services.

For now, the word “follow” becomes the new language at the end of every podcast (you might also want to consider encourage listening on smart speakers, but that’s another blog).

As for the “S” word, we’re likely to continue see it associated with podcasts, but this time it will indeed involve your Visa and Mastercard.

I will be hosting an excellent panel at Talk Show Boot Camp on March 18. Joining me will be Julia Ziegler, Director of News and Programming at WTOP, Washington, Tamar Charney, Senior Director, News Division at NPR and Ben Ferguson, syndicated talk and podcast host. WTOP is very active with original podcast content and a new local podcast platform. Tamar and team have launched “Consider This,” a brilliant podcast hybrid of national and local news. Ben has a syndicated weekend radio show and every weekday releases an original podcast.