Podcast apps are a curious business. The graveyard is loaded with apps that never caught on.  Not just third-party app makers that have had a tough go of it, but big company apps such as Stitcher that failed to build significant market share and limp along. Pandora bungled its foray into podcasting several years ago. TuneIn, which over time has raised $171 million from top venture capital firms (including Google), inexplicably favored live audio, ignoring the trend to on-demand. Recently, Acast announced a shuttering of their app too. 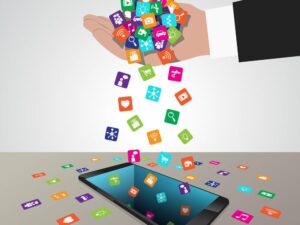 Perhaps one of the surprise disappointments has been Google Podcasts. Today, depending on the platform providing the data, it has under 5% of listening (Omny)(Buzzsprout). iHeart, with all its massive promotional might, also has a modest share of podcasting listening. Facebook jumped into the audio fray in June of last year and the results are mind-blowingly unexceptional. Platforms including Libsyn and Buzzsprout report less than 0.25% (rounding up) of podcast listening derived from Facebook.

Developing A Large Following Is Hard And Expensive, Yet The Apps Keep Coming.

The excellent Pocket Casts app was largely abandoned by its investors NPR, WNYC, Chicago Public Media, and BBC Studios. It was recently purchased by Automattic, owner of the website publishing platform WordPress. You don’t hear much about NPR One anymore, but that may be changing as NPR works to build habits beyond Apple and Spotify.

How about Mark Cuban’s Fireside, which launched with much fanfare at Podcast Movement last summer? Not a flamethrower. Embers?

Developing a large following is hard and expensive, yet the apps keep coming.

Over the last few weeks, there has been a flurry of app related announcements. James O. Boggs, the former head of Podcasts at Apple, leads an all-star team launching Spooler, which is not so much an app but a CMS that dynamically updates podcasts. Supercast raised $2 million to build out a subscription podcast platform. LinkedIn announced a career and business podcast destination.

Youtube has podcast ambitions, hiring staff and offering cash for podcasters looking to add video to the repertoire. They will be presenting at the upcoming Podcast Movement Evolutions conference.

And it looks as though TiKTok might join the fun.

My favorite might be Twitter, rumored to be joining the podcast app pack.  Twitter podcasts is loaded with marvelous irony given its origin as the very first podcast app, Odeo. When Apple jumped in, Odeo jumped out, and the nimble management team dreamed up Twitter. The story is well told HERE.  Twitter acquired the podcast app Breaker last year. 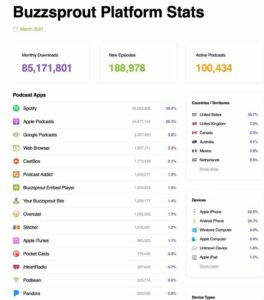 Each app comes to the space with its own priorities and business model. Apple to sell iPhones, Spotify to grow audio listening on its platform and sell ads, Overcast sells marketing slots, Fireside has platform fees. There are niche apps for fiction podcasts like Apollo. Moonbeam curates clips of other podcasts.  Picked Cherries is about podcast sharing.

For consumers, apps can be frustrating to learn and navigate, not unlike byzantine car infotainment systems. One can hope that competition will sharpen the feature set and improve discoverability as well as address what Kara Swisher calls a “confusion enema” in surfacing podcasts.

With Apple Podcasts and Spotify fighting for dominance, only time will tell if any of these platforms will have what it takes to break through and scale. But if the rise of TikTok taught us anything (last year it overtook Google as the most visited site), a new entrant that hits the right cultural nerve can shake up everything.

Enjoy your podcasts, wherever you get them.