Spotify’s first quarter of 2020 included positive results on many important metrics, even as the COVID-19 pandemic took hold around the world. The company is even remaining positive about the rest of the year, not changing its outlook for most key performance indicators, although it acknowledged the uncertainty ahead. “Overall, despite some changes in listening patterns, we are encouraged with the trends we are seeing, and continue to be optimistic about the underlying growth fundamentals of the business,” the shareholder letter read. 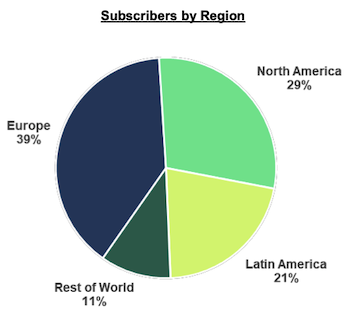 The company has made major investments in podcast talent and content over the past year. Nineteen percent of Spotify’s monthly active users engage with podcasts, up from 16% in the final quarter of 2019. It said consumption has grown at triple digital rates year-over-year. During the first quarter, Spotify launched 78 Originals & Exclusives. It now has more than 1 million podcasts available on its platform, including nearly two-thirds powered by Anchor.