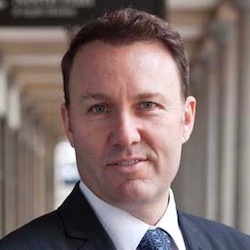 Internal turnover continues at B2B music provider 7digital with the departure of Director and CEO Simon Cole. He will exit the company in April and the top executive role will be filled by John Aalbers.

Cole has headed up 7digital since the company was created in a reverse merge with UBC Media in 2014. He plans to concentrate on other business interests following the end of his chapter with 7digital. His exit has been planned since last year, leaving the board time to select his successor.

“This transition was planned last year when we felt that 2018 would mark the successful growth into profitability after four years,” Cole said. “In the end, the events surrounding MediaMarktSaturn’s sudden strategic changes in December had a profound effect on the Company and I felt I could not leave until that position was resolved and satisfactory settlement had been achieved. Now that has been done, I leave 7digital in good shape and in good hands. I have enjoyed this adventure and, in particular, leading an extraordinarily talented and dedicated group of people.”

Aalbers was most recently CEO of Arts Alliance Media. He has held several senior and executive positions and specializes in building up early- and mid-stage technology businesses.

7digital Chairman Don Cruickshank thanked Cole for his leadership. “We now welcome John Aalbers to the role of CEO,” he said. “His career is distinguished with success in a number of not-dissimilar challenges to those facing 7digital, all based on sector focussed software and platform services. The Board looks forward to working with John to build the Company both in scale and scope of business.”