Podtrac released its monthly Top Podcasts ranking for June, among Podtrac-measured shows. NPR appears most often, as owner of nine shows, two more than in the May ranker.

The #1 show in June, measured by U.S. unique monthly audience, was The Daily from the New York Times. The top three shows (The Daily, NPR News Now, Up First from NPR) maintained their 1, 2, 3 placements from may (and April). 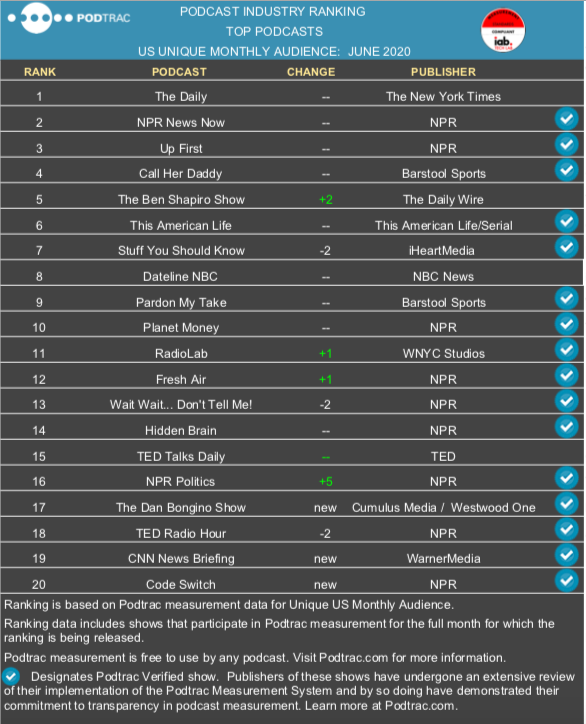