Podtrac released its Top 20 Podcasts ranker for August, measuring Podtrac measurement clients based on unique U.S. audience reach. As in most months, we see long-time stalwarts in the list. (In fact, the top five are identical as in the July list.) 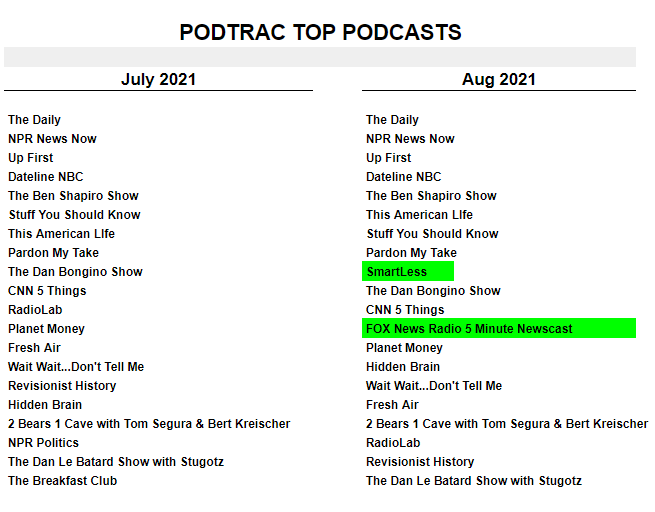 It’s worth noting that one of the newcomers, FOX News Radio 5 Minute Newscast, is an hourly-produced podcast. Same with the longstanding #2, NPR News Hour. That might seem like cheating in a ranker, and POdtrac addresses the issue with this footnote:

“With the increasing popularity of shows which publish multiple times a day, we now include theses shows in the Podtrac Top Podcast ranking. Previously these shows were excluded. While the counts for these shows are IAB V2 compliant, it should be noted that a segment of their audience members may listen to these shows from multiple locations throughout the day and present themselves technically as multiple unique users.”