Podtrac released its December 2019 podcast ranker. The analytics platform made some format changes to its publisher chart last month, and its approach to the top shows has also gotten a slight tweak.

The chart now includes podcasts that publish multiple times a day. Podtrac noted that these shows might over-index, since listeners could tune in to a day’s episodes from multiple locations, which would make them appear in the calculations as multiple unique users. The first show to take advantage of the wider inclusion is NPR News Now, which debuted at No. 3. Podtrac did not offer any further insight about whether or how much the show’s result might have been helped by unintentional over-indexing.

Aside from the new arrival, most of the ranker is the same from November. The Daily still holds the crown, followed by Up First, meaning weekday news shows are continuing to reach a large and consistent audience. 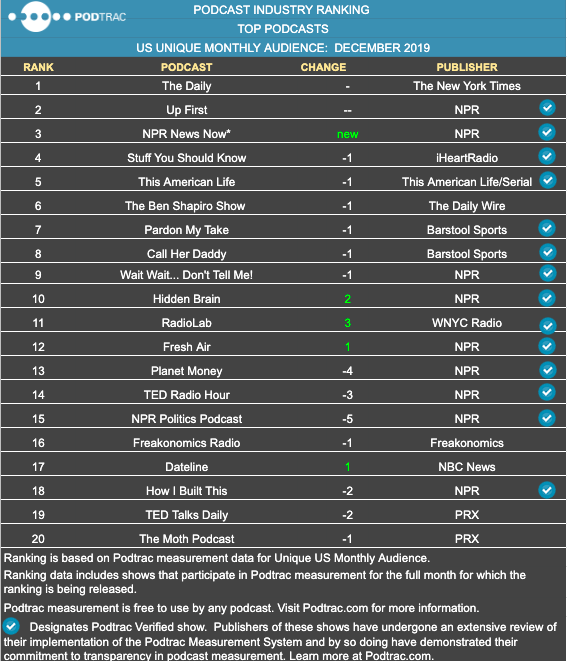