Podcast ad spending continued to grow with a 13% rise in Q1, according to Magellan AI’s Podcast Advertising Benchmark Report. (Get it HERE.)

The results of this report were gleaned from an analysis of 68,000 episodes of popular podcasts. Megellan notes: “To account for dynamic insertion, we sampled multiple copies of certain episodes.”

In addition to the quarter-over-quarter rise in spending, Magellan notes these key findings: 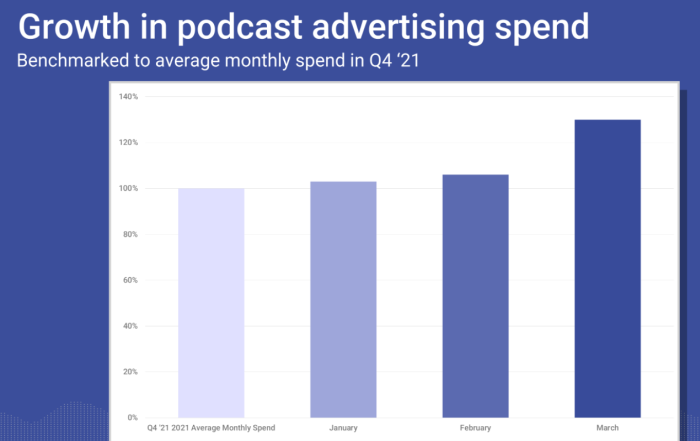 Anyone who follows Magellan’s monthly lists of top spenders can guess the Q1 top spender, and it is BetterHelp. (See RAIN’s 12-month analysis HERE.) All of the Q1 leaders (see below) are regular spenders in the monthly report over 12 months. 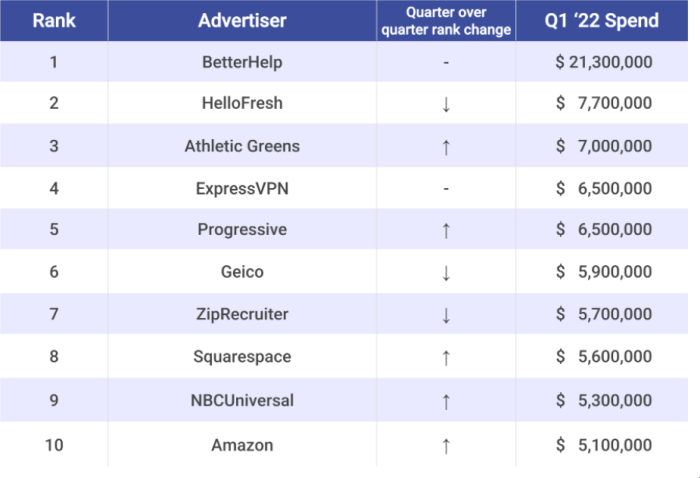 There is much more to this info-dense pack of metrics. (Get it HERE.)