Less than a week after the IAB Podcast Upfront, at which Panoply was a presenter, that organization has dramatically changed strategy and structure. Panoply, which creates podcasts and hosts them (both its own shows and those produced by others), is severing its content operation. Editorial staff has received notice, and the company will concentrate on developing its Megaphone hosting platform, which specializes in audience targeting for advertising effectiveness.

At the same time, Panoply’s sister company Slate is undergoing change at the top. Slate Chairman and Editor in Chief Jacob Weisberg tweet-announced his exit from the company, to create a new audio company with Malcolm Gladwell, host of the popular Revisionist History podcast which was created on Panoply/Megaphone. . UPDATE: Panoply has told RAIN News that Weisberg’s exit from Slate came after Panoply’s new strategy decision.

In what appears to be a swiftly executed change of direction, the future of existing Panoply-produced shows is reportedly being worked out.

Megaphone, Panoply’s hosting and ad-tech platform, is hardly an unsung success story in the podcast ecosystem, but it might be fair to characterize it as a less-sung story. Megaphone was acquired in mid-2015 from Audiometrics. (The acquisition was formally by Slate Group, of which Panoply was a subsidiary at that time.) The Audiometrics platform embodied a  tech suite, which has  been further developed in the years since. Notably, Panoply partnered with Nielsen’s Data Management Platform (which might similarly be a less-sung division of the ratings giant) to create finely granulated audience segments within podcast listenership. 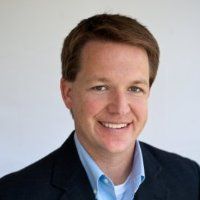 “Our Megaphone Targeted Marketplace (MTM) audience-targeting technology, which leverages exclusive data from Nielsen, is bringing both brand and direct response advertising to shows across the Megaphone platform,” Panoply CEO Brendan Monaghan told RAIN News. “Publishers can benefit from MTM in several ways: It can supplement their direct sales and increase fill rates; it can monetize the back catalog; and it can serve as the primary source of sales in a way that scales with a new show no matter how big it gets.”

Monaghan also noted that Megaphone is luring new advertisers into podcasting. “due to this offering, we’re seeing new sponsors try the medium for the first time. Through MTM, advertisers are seeing the scale and data that they’ve become accustomed to across other digital mediums.”

Interestingly, Panoply’s commitment to technology cements a competitive position in a landscape populated by veteran pure-tech companies Triton Digital, AdsWizz, TargetSpot, and others which have folded podcasting into their rich tech suites, as well as purepod tech platforms like ART19.