“We’re still in the early innings and the market is growing rapidly,” said Pandora CEO Roger Lynch at the top of yesterday’s Q2 earnings call. He deployed the “early innings” metaphor in Q1 also. This time, Wall Street took a swing at that pitch, sending P stock up 20% in Wednesday morning’s early trading. 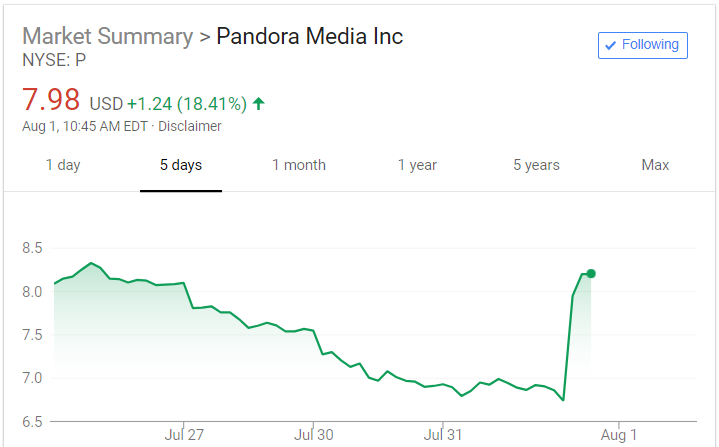 Here are the headline metrics from Pandora’s second-quarter reporting: 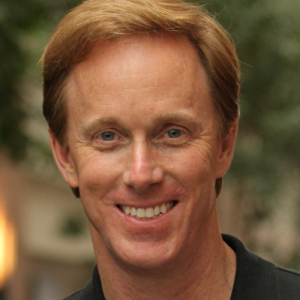 Recent announcements — the AdsWizz open launch of Pandora programmatic, and an integration with Snap — were emphasize early in the call, and productive partnering was a theme of Roger Lynch’s presentation. “From day one I’ve stressed the importance of partnerships. I’m a big believer in the ability of partnerships to create audience growth. In my experience you get your best customers through partnerships at the lowest cost of acquisition.”

He had investors at “lowest cost of acquisition,” and Lynch also detailed an AT&T deal in which customers of the telco’s unlimited data plan get Pandora Premium bundled in free of charge. “In addition to being a great value for consumers and expanding distribution for Pandora, we expect the deal with AT&T to yield subscribers with a higher lifetime value because the bundles have both lower churn and lower acquisition cost,” Lynch observed.

Concerning the Snap deal, Pandora’s CEO evangelized it this way: “This is a great fit for us in terms of audience. We think the integration with Snap will increase engagement with younger users and drive growth for our subscription business. And it is also a perfect example of the kind of unique partnerships and consumer functionality enabled by our hybrid business model.”

These deals emphasize a company focus on lowering the cost of customer acquisition. That point came up over and over. Partnership clearly push in that direction, and Lynch also said that direct marketing was undergoing continual optimization and streamlining to reduce that expense.

Not much to report about smart speakers during the call, but Roger Lynch did say this: “As the market shifts to voice commands in multiple environments, in homes and cars are in app voice controls will make Pandora much easier to use.” No doubt true.

Podcasting was a more vigorous discussion point. Lynch announced that the (somewhat mysterious) Podcast Genome, which by the name will probably seek to understand spoken-word audio with an analytical intelligence layer similar to the Music Genome (Pandora’s founding technology), will be unleashed this year. There is no information about how the Podcast Genome will be accomplished, whether through human-powered analysis (like the Music Genome) or algorithmically (more likely in our speculation). Lynch did say: “Our Podcast Genome […] will be a significant step forward in discovery and monetization for non-music content.”

Later, responding to a query about how investors should evaluate Pandora’s future podcasting ventures, Lynch stated: “Our focus on this is not to launch a Me Too product with podcast. It is really to do for podcasts what we did for music which is to enable discovery at a hyper-personalized level and to enable monetization through advertising at a very high rate. And those are two core strengths of Pandora, discovery and monetization.”