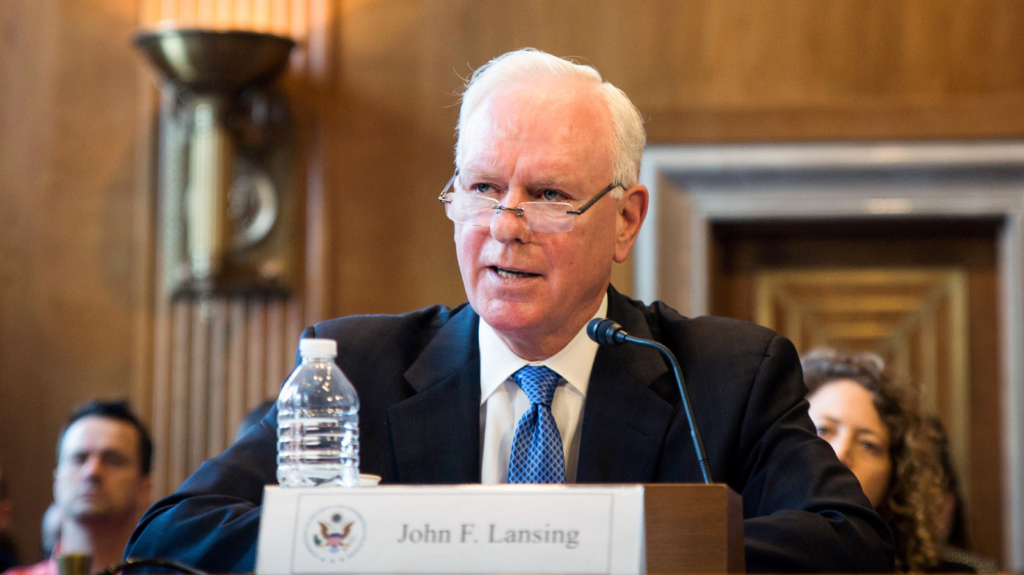 It took a bit longer than projected, but NPR has named its new chief executive to take over the role from semi-retiring Jarl Mohn. It is John Lansing, currently CEO of the U.S. Agency for Global Media which runs Voice of America and Radio Free Europe/Radio Liberty. Lansing will start in mid-October, according to a detailed and unsentimental report from NPR.

“When I think of NPR and I think of the member stations collectively, I think really of journalism as a public service, not tied to a profit motive,” Lansing told NPR News.

John Lansing was appointed to his current role, which is a government position, by President Obama. NPR reports that he grew the weekly audience for the stations in his purview by 25% during his tenure.

“The challenges he will face at NPR are not dissimilar to challenges across the media landscape as a whole,” said Goli Sheikholeslami, newly appointed CEO of New York Public Radio, a flagship cluster of NPR stations.

Lansing will take over a radio network serving 28-million weekly listeners and 40-million monthly uniques to the NPR website.

NPR characterizes its industry challenges, and therefore John Lansing priorities, as twofold: A fight for listeners, and a fight for donor dollars. The NPR write-up notes that Jarl Mohn was unable to fulfill his fundraising goal of “major eight- and nine-figure donations his stated aspirations suggested,” but that he personally has committed $10-million to the network. Mohn’s affiliation with NPR will continue as co-chairman of the 50th-anniversary capital campaign, and by holding the title of President Emeritus.