Nielsen released a report examining audio trends among black and Latinx consumers. These combined groups represent about a third of the U.S. radio audience ages 12 and up in 2019, with weekly radio reach hitting 32.7 million black Americans and 43.2 million Latinx this year. Radio reaches more of these audiences by weekly reach than any other form of media.

Nielsen also found that the survey participants owned smart speakers at higher rates than the national average (29%), with 33% among black households and 32% in Latinx households. Listening to streaming music was the top weekly smart speaker activity for both audiences. Black listeners also showed a leaning toward listening to news (70%) and podcasts/audiobooks (51%) compared with Latinx, who posted 54% and 40%, respectively, for those actions. Latinx audiences observed more extreme impacts from owning smart speakers compared with black listeners, with 68% saying they stream more music and 42% listening to more podcasts/audiobooks. 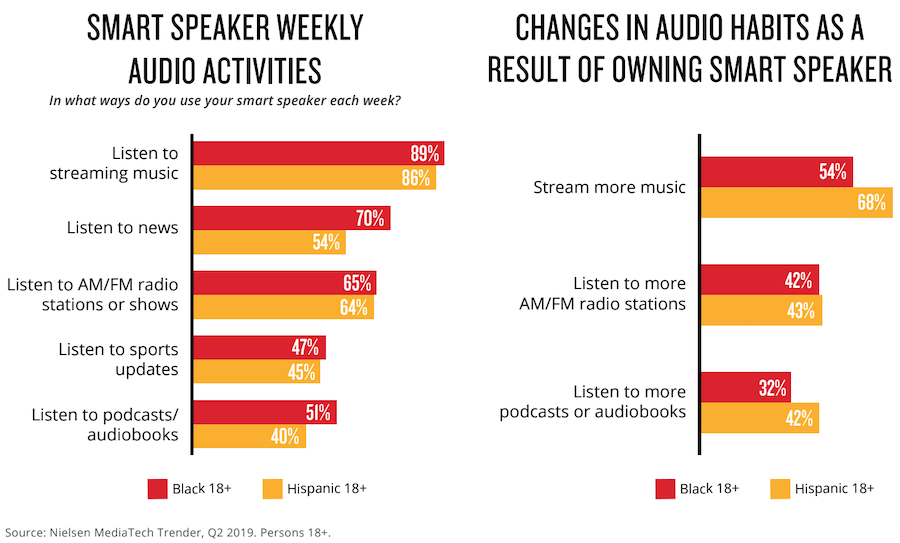