Podcast media planning platform Magellan AI is out with its monthly top 15 podcast advertisers, and the “Movers & Shakers” list of top increased spends. This edition is for the month of March. (See the lists HERE.) 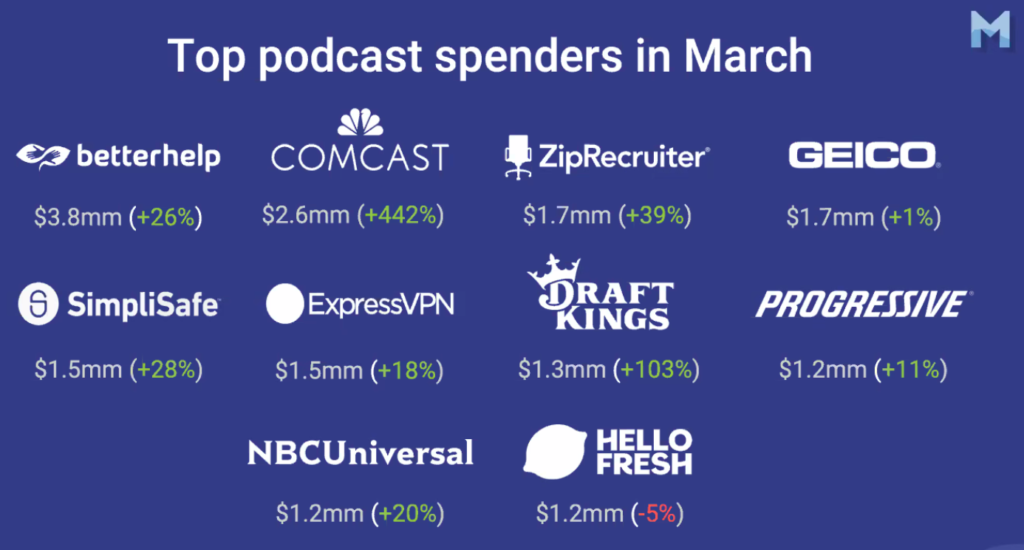 The Movers & Shakers list, which is sorted by overall spend and secondarily by percentage additional spend from the previous month, highlights FanDuel (fantasy sports). That company spent a little over a million, and lifted 367% from February. (in an online presentation Magellan CEO Cameron Hendrix speculated that FanDuel was leveraging the NCAA basketball tournament “March Madness” in its spend.)

The biggest month-over-month percentage move (excluding listed brands which did not advertise in February) is William Hill (online betting bookmaker) which spent $843,000 in podcasts during March, after a $1,000 spend in February.

Breaking away from a calendar event was Ana Luisa, a jewelry company, which placed $82,000 of host-read ads, mostly in the Society & Culture category, up from $17,000 in February — contrary to what we might expect in a Valentine’s Day marketing opportunity. Magellan recorded ads which pushed a general awareness message paired with a unique-to-show promo code. 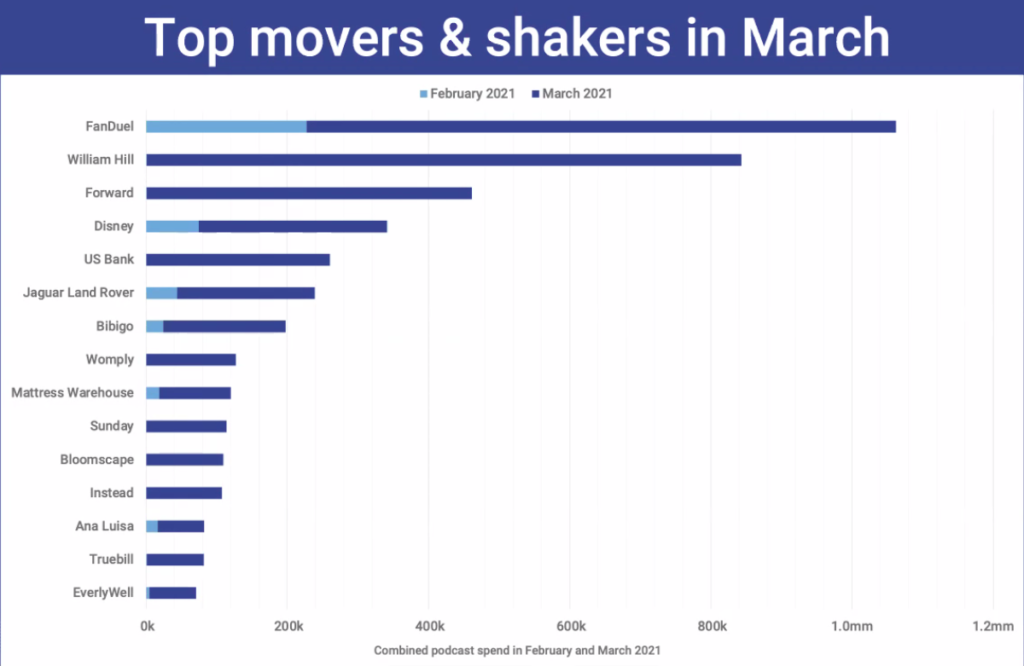