Today Edison Research globally introduced The Infinite Dial South Africa in an 8:00am ET webinar. It is Edison’s first iteration of the foundational Infinite Dial consumer research brand focused on South African consumption of audio. As with the famous U.S. study which is released every March, Triton Digital sponsors the South Africa edition, as does NAB South Africa.

The research is structured similarly to the American Infinite Dial, the survey ranging across technology use generally, online audio listening, in-car audio, and podcasting.

Smartphones have penetrated the South African metro population to a high extent: 88% of survey respondents own them. Compare that to 84% of the USA population.

When asked about smart speakers, Edison discovered a dramatically low level (24%), compared to 78% of Americans and 81% recognition of smart speakers revealed in the most recent Infinite Dial Australia.

The profile of South Africans who listen to AM/FM radio is similar to that in the USA; in both regions 68% of respondents listen to radio weekly. That compares to 845 in Australia, which Larry Rosin called “doubtless the strongest radio market in the world.” Listening to  radio via non-radio devices is claimed behavior for 44% of South African respondents, and that number is only 21% in Australia.

Music discovery is only moderately important in the audio lifestyles of South Africans, with 44% calling it “Very Important.”

This part represents a basic metric in Infinite Dial, encompassing any sort of listening to internet-delivered audio. In South Africa, monthly online audio listening is far behind the USA survey numbers. 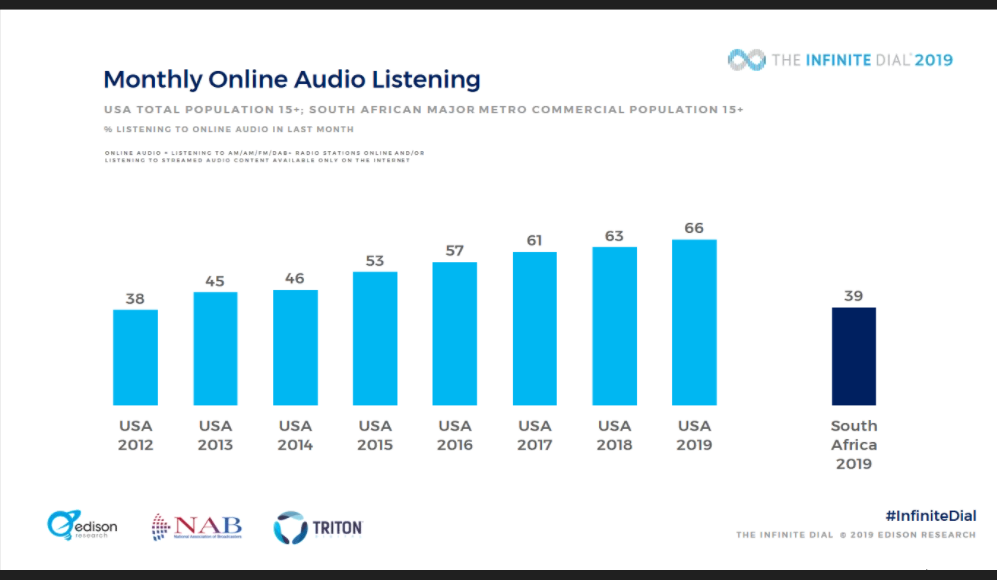 Regarding the listening number, Larry Rosin attributed the comparatively low uptake on the cost of smartphone data plans in South Africa, compared to the expansion of unlimited data use in the American cell phone market. He said that South African consumers are cautious about streaming because of data costs.

When driving their cars, South Africans like their CD players more than Americans do, while using other sources of audio less than USA drivers. 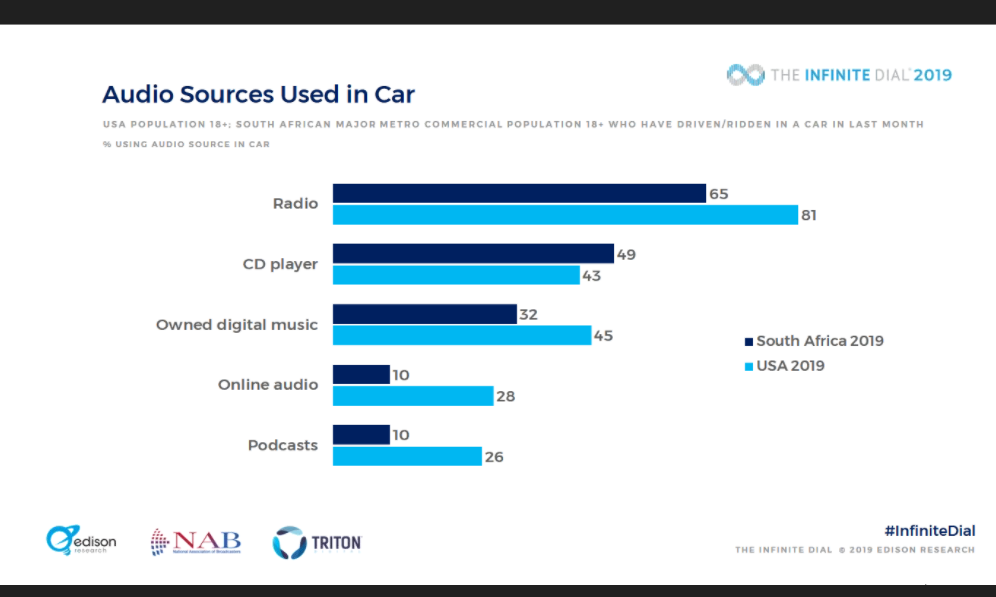 Podcasting consumption is revealed to be years behind the American market. Awareness of the word “podcasting” stands at 22% in South Africa, lower than the 23% revealed in the USA Infinite Dial 13 years ago. 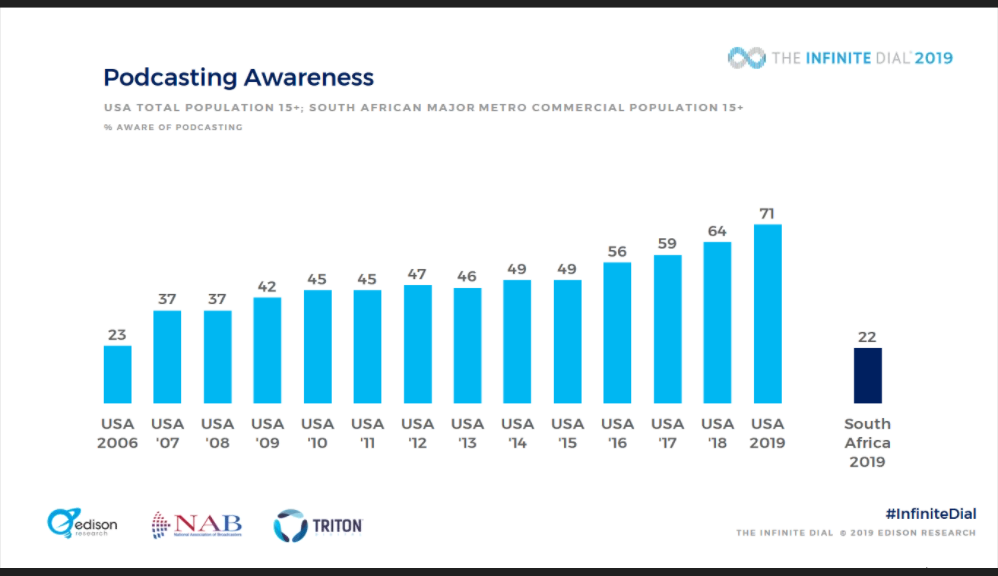 OF those who do listen to podcasts, 59% are male. The entire category of South African podcast listeners is above the national average in education and income — Larry Rosin noted this metric as an interesting story to tell potential podcast advertisers.

A substantial slice of podcast content that is penetrating the South African listening market is “catch-up radio” (archived, on-demand radio shows) — 61% of those who listen to podcasts listen to this type of program.