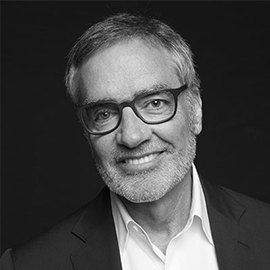 In iHeartMedia’s Q1 earnings call, Chairman and CEO Bob Pittman laid out his company’s revenue trendlines, a review of strategic decisions, and his views of a hopeful future.

In simple coronavirus strokes: Listening is up, advertising is down, and digital initiatives are providing the best result and will propel future recovery.

As James Cridland notes in today’s Podnews, the word “podcast” appeared 57 times in the call. More broadly, the thorough digitization of strategy, even in iHeart’s vast broadcasting business (“In essence, we’re making our broadcast radio inventory like digital”), was emphasized by Pittman.

“We’re working with advertisers on their plans to reenter the market.” –Bob Pittman

Along the way, as RAIN has noted innumerable times, a ubiquity strategy has sought to place iHeartMedia audio wherever the listener might be — Pittman noted that over 250 platforms now carry company programming.

“Today, in the US, podcasting reaches more people in a month than the streaming music collection services like Spotify, and it’s grown at a much faster clip.” –Bob Pittman

One key metric laid out in the call is that podcast revenue growth is at a three-times multiple of listening growth, indicating vigorous adoption by advertisers, at least in Q1. Pittman bragged about iHeartRadio’s top or nearly-top positioning in Podtrac audience measurement.

He asserted that the company is “agnostic as to listening platforms,” which goes for how listeners choose to listen, and how advertisers choose to advertise.