The IAB Podcast Upfront 2020 expanded during this COVID-limited year to three days, from its traditional one-day theater show. The trade-off? Sacrificing in-person networking for an expanded slate, many more personalities, and a quicker-moving experience. So, maybe COVID-enhanced is a better way to say it.

It appeared to us that all formal presentations were pre-recorded, giving the producers greater control over the flow of segments. And there were a lot of segments; most presenters took advantage of their slot durations to jam in video montages featuring shows, data, and celebrity endorsements. 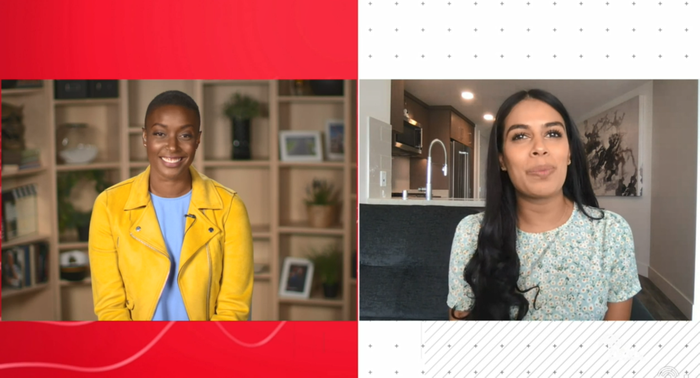 The entire program was hosted by actress and comedian Franchesca Ramsey, sidekicked by Sarah Gonzalez (NPR’s Planet Money), showing off two of the most radiant smiles Zever seen on Zoom. The hosting segments were presented live. 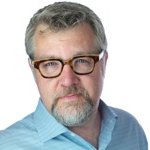 After a keynote from Tom Webster (SVP, Edison Research), the podcast networks and technology companies began their formal presentations. For publishers (the networks), the mission is to showcase individual shows, new and existing, spotlight their celebrity hosts, and attract advertisers and agency buyers who make up the IAB Podcast Upfront audience. In some cases, the network presentations included testimonials from the buy side.

NPR announced a content/technology breakthrough, modifying and expanding its Consider This into a locally targeted regional news podcast auto-delivered to listeners in 10 regional markets, assisted by AdsWizz and Nielsen. (Our detailed coverage HERE.) 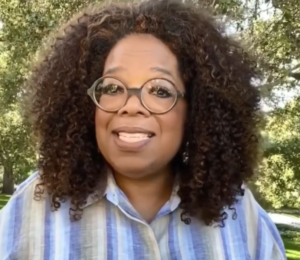 Entercom’s Cadence13 gave us videos from execs Chris Corcoran and Jay Green, and a guest appearance by Jon Meacham, with whom C13 has partnered for two history podcasts. One segment promoted the C13 division, which is characterized as “Movies for the ears.”

The FOREVER DOG network claimed to be the largest LGBTQ+ podcasting destination in the world, and made a direct appeal to buyers based on the company’s verticals, and individual podcasts. 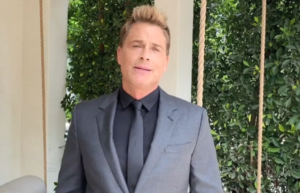 For Stitcher, new podcast host Rob Lowe made an introductory video, then passed the baton to Chief Revenue Officer Sarah van Mosel who said “I worship at the altar of podcasts.” she also noted that, according to Edison Research, Stitcher reaches 22% of the U.S. podcast  listening audience. During her remarks, van Mosel pointedly marketed her company’s capability in creating branded podcasts — and she wasn’t the only presenter to do that. We sense that the branded layer of podcasting is on the move. 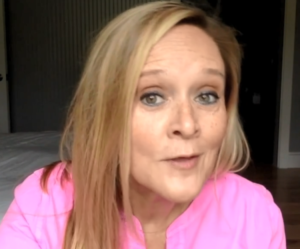 The host of iHeartMedia’s presentation was the exceptionally mediagenic Conal Byrne, one of the few podcast executives with stage chops to rival the celebs. Conal made a more detailed pitch for branded podcasts than Sarah van Mosel did. And he claimed that his iHeartPodcast Network had “the best ad product,” and noted that every ad is dynamically inserted, whether host-read or not. Another keeper from Conal Byrne: “Podcasting is the most exciting medium on the planet.”

While hosts Ramsey and Gonzaliez kept things light (and seriously, we’ve still got retina burn-in from those smiles), the laugh line of the day belonged to Will Ferrell. Repping his podcast partner iHeartMedia, Will was asked to recommend one of the podcasts he helps produce. His testimonial: “I’ll be honest with you. I can barely listen to this fucking show. Get my name off it.”

The Upfront continues Thursday and Friday. Watch RAIN News for notes and announcements.