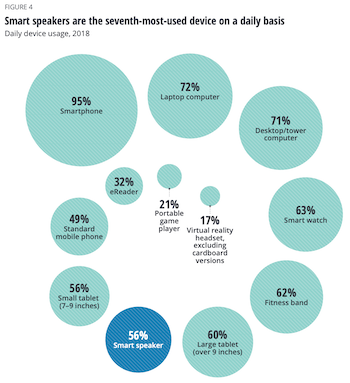 Deloitte has released its 2019 predictions and is forecasting a big year ahead for smart speakers. The company projected that the smart speaker market will be worth $7 billion in 2019, a spike of 63% for total industry revenue.

Urban areas of China and the United States are the current leaders in the smart speaker market. Across all survey respondents, smart speakers were the seventh-most-used device in terms of daily use. More than half of the participants (56%) reported daily use of the products.

The report also hypothesized about some potential future applications for smart speakers outside the home. Enterprise-scale applications could be a major factor in driving sales. Possible uses of smart speakers could be at hotel chains, some of which are already incorporating the devices, in hospitals, or at fast food restaurants.

The most common use of smart speakers is playing music, which 60% of respondents from selected markets said they did. Weather updates were the second most common use at 52%. Setting alarms and searching for general information each took 39% shares, closely followed by “amusement” at 38%. The results show that despite the positive numbers, the owners of smart speakers are treating the devices much like traditional speakers or as a novelty. The devices are the entry point to voice recognition technology for many people, which could explain the slow move to take full advantage of what voice AI can do.

The report noted that localization, especially in areas with deep linguistic complexity or a large number of dialects, could pose a hurdle for further expansion of the product category. It also noted that much of the recent demand has been driven by low prices, which may not be sustainable in the longer term. And new sales could be slowed by the availability of downloadable and over-the-air upgrades to older models of smart speakers.

The report also had some positive news for radio, with a prediction that more than 85% of the adult population in the developed world will tune in at least weekly. In the U.S., Deloitte projected that time listening to radio would eclipse time spent watching traditional TV by 2025.

The predictions covered a wide range of familiar and new technologies, but had a particular nod towards artificial intelligence. The team anticipates that more advances in the field will make AI applications more accessible to players beyond the biggest tech giants.

“2019 will see massive improvements in a wide range of technologies, pushing once-novel innovations into the mainstreams of our lives and work,” said Sandra Shirai, vice chairman, Deloitte LLP and U.S. leader for technology, media, and telecommunications. “Emerging technologies are blurring traditional industry lines, impacting people and organizations; as a society, we’ll be smarter, more productive and more deeply engaged with the world around us.” 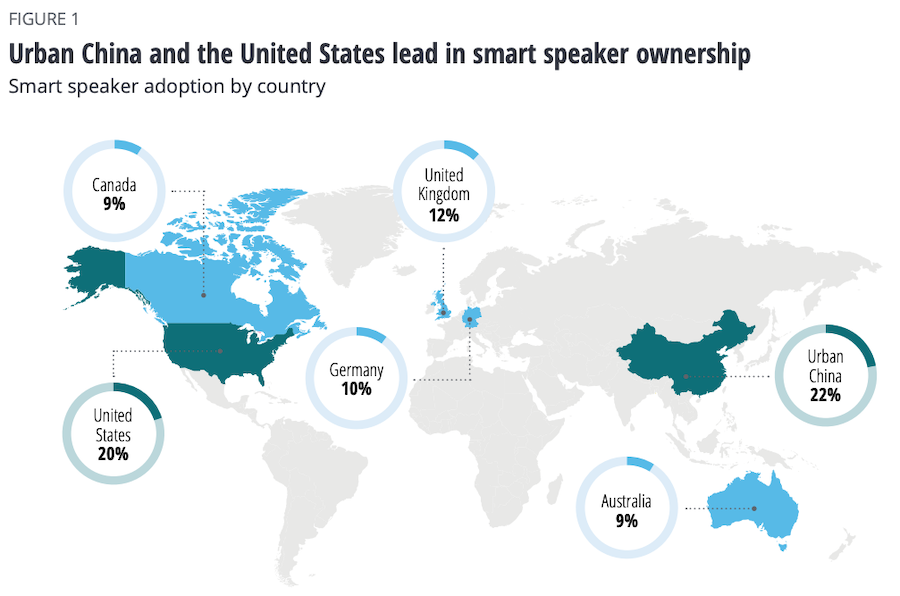