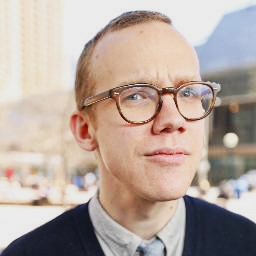 Here at Pacific Content, our clients often ask about star ratings in Apple Podcasts. I get questions like:

I have a strong point of view on podcast ratings and reviews: they’re an important part of your show’s product packaging, and a form of social proof.

But I’ve never done any quantitative analysis of star ratings in Apple Podcasts.

I was surprised by what I found.

Most ratings are 5-star ratings

Of the nearly 20 million Apple Podcasts ratings I analyzed, the vast majority (87%) are 5-star ratings. Just look at this breakdown:

If someone takes the time to rate your show in Apple Podcasts, they probably like it, love it… or hate it. But they’re probably not indifferent.

Most podcasts don’t have any star ratings at all

The most-rated shows in my dataset include:

But most shows in Apple Podcasts have zero US ratings. Of the 1.3 million shows I analyzed:

When I removed the large number of shows with zero ratings, I was able to create useful quantile benchmarks. If your podcast has:

… where “all shows” means “all shows with one or more star ratings.”

The average rating is 4.6 stars

Back in 2017, Apple introduced new tags for podcasters, including <itunes:type>, which allows podcasters to mark their show as episodic or serial.

Among serialized podcasts, the most-rated shows include:

Podcasters can mark their show as containing “explicit language or adult content” by setting the <itunes:explicit> tag in its RSS feed.

On average, shows marked as explicit get more ratings than “clean” shows:

My hypothesis? Shows that contain explicit language or adult content are more likely to provoke strong listener responses — in the form of star ratings.

True Crime podcasts get the most ratings

Finally, I was interested if there were certain categories within Apple Podcasts that get more ratings than others. On average, True Crime shows (on average) tend to garner the most reviews:

Whew! You made it all the way to the end of that very long chart.

Did you see your show’s category in there? How does your show stack up against the average?