Bryan Barletta is a consultant and writer. This article was first published in his weekly podcast adtech newsletter, Sounds Profitable, part of the Podnews network. Bryan focuses on breaking down the technical details of the podcast advertising space, making it more accessible for everyone. Bryan is always up for a conversation.

The Indian market is booming for cellphones and podcasts. But without a clear stance on how to handle IPv6, podcast ad tech companies will need to decide how many listeners they’re willing to ignore before they risk their IABv2 certification.

I promise this piece is about podcasting, but I need to spend about 250 words on smart feature phones in India first, so bear with me.

It’s easy to be blind to how different it is outside of the United States. The US is a country full of parents buying their school aged children the latest thousand dollar iPhone.

Which then makes it easy to forget that in countries like India, buying the low end iPhone SE (42,500 INR, US$577) is 5 weeks salary for the average wage earner.

Smart phones are taken for granted in the United States, considering that as of 2019, 79.1% of the population has one. That’s more than double the market penetration of India, at only 36.7%, but when we look at the total population, this is just the start for India. That 36.7% represents 502.2m people, or 1.5x the entire US population.

The surge in smart phone use in India came from a telecommunications company called Reliance Jio who invested US$37bn into building a country wide 4G/LTE network. At the time over half a billion Indians were using feature phones connected to 2G Networks. 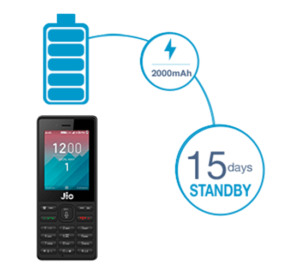 So when they launched with a smart feature phone called JioPhone, a custom KaiOS device, that only cost up to US$20, it wasn’t too shocking that they hit 47% market share in under a year, and, by January 2020, 370m active subscribers..

They default to using IPv6 only connections.

What’s the big deal with IPv6

In my article on geotargeting in podcast advertising, I wrote:

Reliance Jio decided to enter the space using IPv6 only. So every device and all the carrier network elements run by Reliance Jio has to support IPv6. Molay Ghosh of Reliance Jio referenced that 80% of their network traffic comes from Google, Akamai, and Facebook, who are all accessible through IPv6, with the remaining 20% of the traffic made available through proxies and such, so that users are not blocked off from the rest of the internet when using dual stack (IPv4/IPv6) devices.

So when JioStore launched this year to allow for third party developers to submit their apps, they required that all apps work on IPv6 only.

However, JioPhones are set to IPv6 by default. That means when browsing the web on a JioPhone device, any website that does not provide IPv6 connections will not work.

Which brings us to podcasting.

The IAB’s Stance on IPv6

IP Address – The IP address is one of the factors that may be used to determine if the request is unique or a duplicate. (Exceptions are shared locations such as corporate offices, dorms etc., that have a large number of people sharing the external IP Address) It may also be used to determine geographical information of the media consumer. This applies to both IPv4 and IPv6 IP formats.

While there’s nowhere in the documentation that says IABv2 certified partners can’t accept IPv6 only requests, it’s pretty clear that the unique listener metrics were built around requiring IPv4.

Tom Barrasso, whose article prompted this piece, broke down that IPv6 is far more granular: like Mobile Ad ID level granular. So to reduce privacy concerns, mobile phones and laptop computers all rotate their IPv6 addresses somewhere between once every 4 to 24 hours. That doesn’t sit well with the 24 hour period used to identify unique listeners for IABv2 certification with an IPv4 that rarely rotates.

I’ve been told that conversations around handling IPv6 have been a big part of the IAB Tech Lab working groups over the past several months, so the topic is definitely holding attention. It’s just not clear when a solution will be provided.

Brad Hill of RAIN shared in December 2017 a white paper from Triton Digital that explained the detrimental impact of caching podcast content.

To sum it up, if a podcast is requested with the information from every listener, the hosting platform can respond with different ads for each request and track each download uniquely. If it’s cached by the player, the host loses all that control and visibility as the player’s server handles all the distribution for you.

So when the Indian music streaming service JioSaavn entered the podcast space this year, it was a little surprising to see the following in their Terms of Use:

As JioSaavn caches everything in their IPv6 compliant system, anyone with a JioPhone can access that content without any changes to their phone. Great for those users, not great for the podcast hosts, networks, and advertisers to capture this audience.

I’m genuinely curious about how Acast’s relationship with JioSaavn works.

But what if Reliance Jio subscribers want to listen to a podcast not hosted by JioSaavn? What if they want to use a different podcast player like KaiOS’s PodLP, being released on the JioStore today?

Or what if you’re a publisher focused on dynamic ad insertion, wanting to break into the Indian market?

Are publishers OK with ignoring up to 120 million English speaking Indian listeners to maintain your IABv2 certification?

A BBC article estimates 40% (500m) of India will speak english by 2022. Take that chunk out of the JioPhone users, which are anywhere up to 300m active devices, to get the numbers above.

The JioPhone has been at the forefront of this massive growth in smart phone access in India. These aren’t the bleeding edge technologists, they’re the type of people who devoured Kan Khajura Tesan.

Kan Khajura Tesan was a service started in 2013 built around the idea of providing content and advertisements to people in India who did not have internet or tv access. Hindustan Unilever put up posters all over those areas with a phone number to call.

At no charge, the listener calls the number and it calls them back with 20 minutes of entertainment news updated weekly. Of course, 3 minutes of that is ads.

The JioPhone lacks some of the technology that allows iPhones and Android phones to handle both IPv4 and IPv6 on device. For users to access IPv4 podcasts, apps like PodLP will have to ask people who have never had a smartphone before to go out of their way to find their APN Settings and manually select IPv4/IPv6, potentially experiencing slower overall internet speeds. 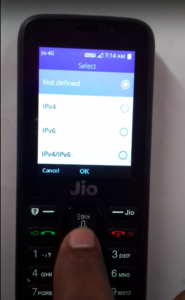 I get the feeling they’re just going to stick to JioSaavn.

Maybe downloads outside the US don’t carry enough weight in your sales deck.

Maybe your company only sell to US advertisers.

But maybe your goal is for your podcast, network, or technology to be used by everyone everywhere.

I focused heavily on the publishers, because they’re the ones who miss out immediately. But what happens when the major podcasts in India start looking for more mature hosting, analytics, and tracking partners for their solution?

So maybe, just maybe each of you with an IABv2 certification next to your name, that pays the yearly membership dues, join the working group conversations on IPv6 and all other future topics, to help solidify this answer sooner than later.

I’d join you, but I only get two years at the $5,000 rate and prorated years apparently count.

The goal of Sounds Profitable is to educate and empower each of you. If we’ve had a chance to talk directly , you know that I am truly passionate about both adtech and podcasting. We learn through asking tough questions and discussing the answers. Armed with today’s new knowledge, I want to help you ask more questions. Please consider supporting Sounds Profitable through our Patreon.