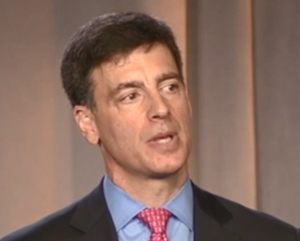 In the company’s Q1 earnings call this week, chief executive David Field emphasized digital assets and progress in podcasting. Specifically: “Digital revenues grew 16% during the quarter, led by strong performances in our podcasting and streaming businesses. Podcast revenues were up 37%.”

A key forward-looking emphasis of the call was the Audacy Digital Audience Network, a scale-and-reach initiative which was launched during the quarter. Field described it as “an addressable and aggregate of over 60 million listeners across our app, streaming content and podcast lineup, enabling precision targeting at scale, coupled with real-time optimization and reporting.”

He emphasized that the new network (abbreviated as ADAN) is fully integrated with the company’s technology stack, and addressable by the entire sales organization at all geographic levels. The main idea is to simplify buyers connecting with audiences across all of Audacy’s distribution platforms with ease. Field asserted that ADAN would be “a meaningful contributor to our future growth.”

While digital revenue as a whole grew in the quarter, the digital marketing solutions business was identified as a “weak link” within that growth (David Field called the performance “flattish”), due to inactivity from some existing customers.

Executive VP and Chief Financial Officer Richard Schmaeling observed that streaming audio advertising revenues grew by 21% in the quarter. He seemed unsatisfied with that number, and noted, “our growth rate remains constrained by supply.” He looked forward to the release of a new audio streaming platform in the next three months. (We’re keen to see it, too.)