James Cridland’s Podnews apparently inspired podcast analytics and attribution company Chartable to crunch some numbers defining the share of podcasting distribution among leaders in that space.

The question derives from Spotify’s rapid growth in this field. While headlines have focused on the audio company’s dazzling acquisitions, the lurking story beneath that is Spotify’s serious and apparently rising challenge to Apple’s legacy distribution reach.

The short story: Apple is still number one. (See chart below.) But Spotify’s 205 of device distribution is an impressive number two to Apple’s 43% of devices. 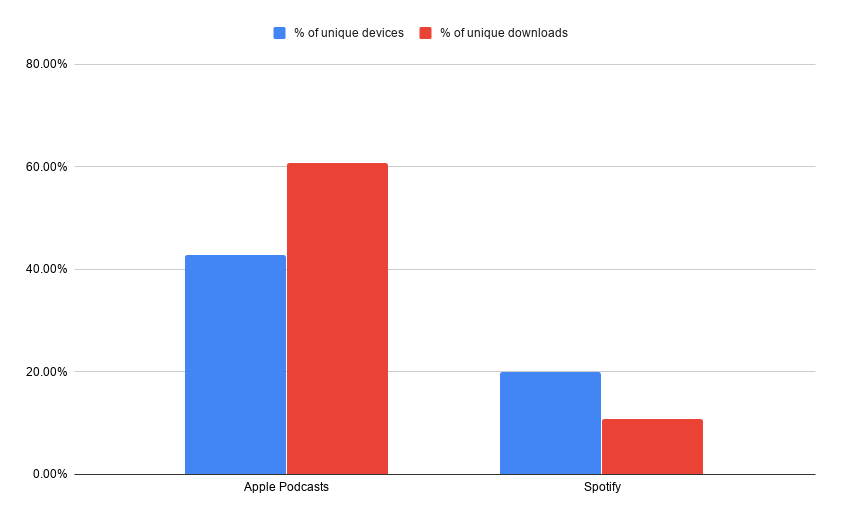 It’s important to note that Apple downloads episodes more aggressively and automatically than Spotify does. Spotify waits for an explicit user download request, whereas Apple’s download trigger is automated in some cases. Hence, Apple downloads an average of 7.18 episodes per device. In Spotify’s app, that number is 2.73 average downloads. So, in terms of user dependence on an app for podcast listening, the blue bars above are arguably more salient than the red bars.