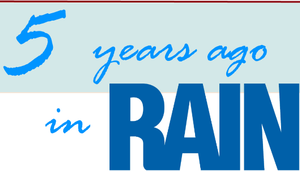 Five years ago today we reported that The New York Times created an audio division. Today the Times produces the most popular podcast in the U.S. (according to Podtrac), owns Serial Productions which launched the podcast resurgence in 2014, and also owns Audm, an audio narration service which produces listening experiences for the Times and other media brands.

In 2016 we reported that “no themes or shows have been decided on yet,” and that the Times would rely on outside providers. Less than a year later, in January 2017, The Daily launched. By August of that year, the Times repaorted that The Daily had been downloaded over 100-million times. 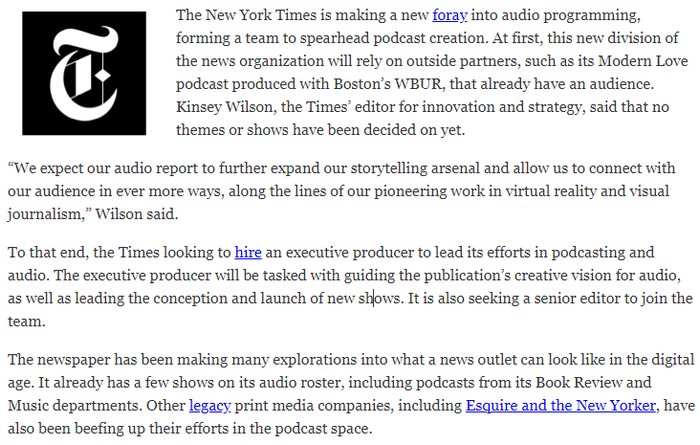