In Monday’s Q4 earnings call hosted by Cumulus Media, CEO Mary Berner noted that the company podcasting effort, organized in the Westwood One Podcast Network, earned topline revenue of $12-million in 2018. That is a two-year multiple of the $100,000 earned in 2016, according to Berner’s remarks: 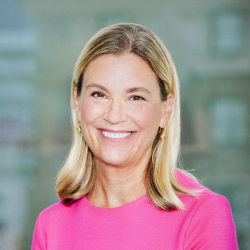 “Digital growth of Westwood One reflects the podcast business which continues to be a nice addition to our portfolio. From 2016 revenue of over only $100,000 we finished 2018 having generated over $12.5 million in profitable podcast revenue and remain excited about the future growth prospects.”

The chief executive said that while continued growth is a priority, it must be profitable growth. She seemed to portray the podcast industry as formative, with long-term leaders still undetermined: “While we do not see the podcast space as a winner takes all game, we do believe that we have all the necessary components to emerge as one of the leaders once the dust settles.”

CFO John Abbot summarized the Westwood One component, which is the networking, syndication, and podcast arm of Cumulus, this way: “Turning to Westwood One. The network business produced another solid quarter with revenue growing $4.8 million or 5.3% from fourth quarter last year. This increase was driven mostly by growth in podcasting and the core ad sales business.”

Investor Q&A did not bring up podcasting at all, focusing mainly on the radio advertising business and ratings.