Stream listening rose 4% in May compared to April, thanks mostly to a two percent bump in Pandora listening during the month. The streaming giant, the well established leader in this ranker, lost 7% of year-over-year listening from May 2019.

The numbers come from Triton Digital’s Webcast Metrics Top 20 Ranker, and RAIN’s monthly tracking of the Ranker over 10+ years. As always, RAIN uses the Average Active Sessions (AAS) metric in tracking the Webcast Metrics report — AAS is a measure of average simultaneous streams served to listeners. We study the table of U.S. listening, 6am – 12 midnight.

In recent months we have observed public radio entities in Triton’s list gaining in stream listening during the COVID period of March and April. The May numbers show a sudden drop-off. NPR Member  Stations (#3 in the ranker) dropped 10% in average number of streaming sessions, as did New York Public Radio (#10). RADIO.COM (#4) also skidded 10% in May according to Triton. 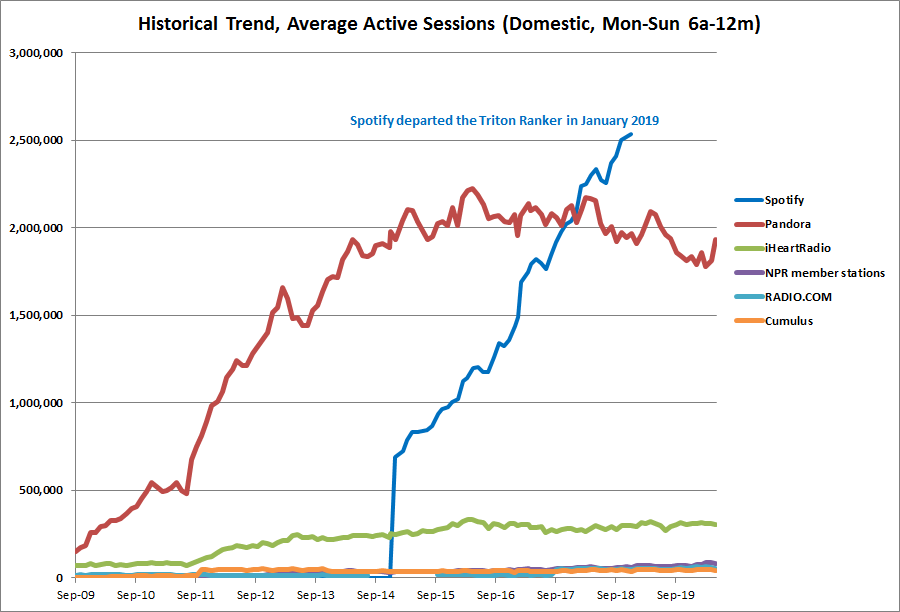