As we noted in last month’s coverage of Triton’s Webcast Metrics report: “Next month’s March report will be extremely interesting.”

Stream listening slumped in March compared to February, perhaps unsurprisingly. The numbers come from Triton Digital’s Webcast Metrics Top 20 Ranker, and RAIN’s monthly tracking of the Ranker over 10+ years. The year-over-year view showed an unusually large 8% decline. As we said last month: March was a jolting Covid-19 month for all kinds of measured media.

ESPN streaming has been notably hard-hit, losing 25% of its streaming compared to January, for a lower Average Active Sessions number in the history of our tracking, back to September 2009.

As always, RAIN uses that metric — Average Active Sessions (AAS) — a measure of average simultaneous streams served to listeners, throughout our coverage of this monthly report. We look at the table of U.S. listening, 6am – 12 midnight. 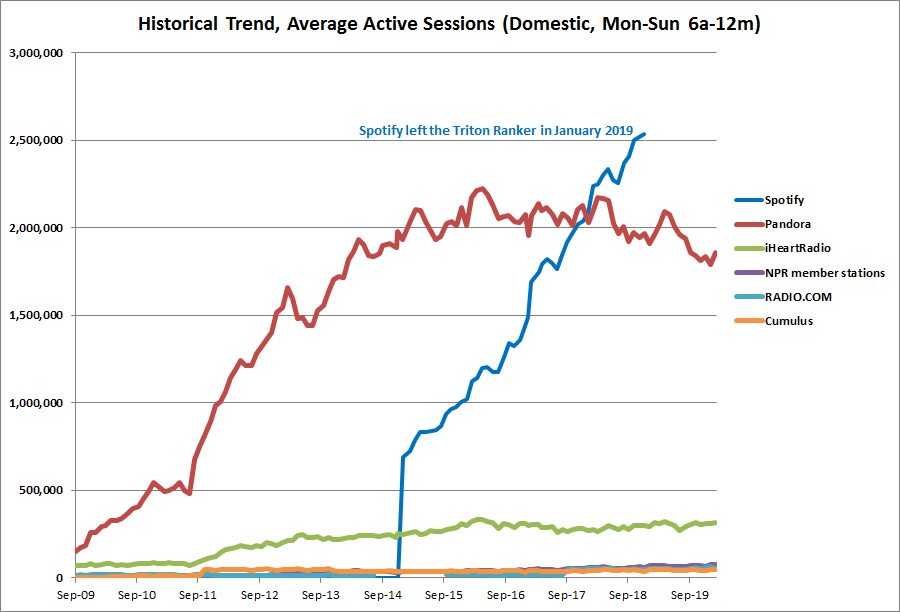