“We are better positioned today than we have been in the history of our company.” –Bill Wilson, CEO, Townsquare Media 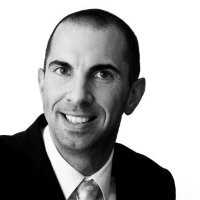 The call was Bill Wilson’s first as sole CEO, a role he assumed in January after a year of co-CEO partnership with Dhruv Prasad. In this report, he landed squarely on Townsquare’s two major digital focal points: Townsquare Ignite, the company’s proprietary programmatic platform, and Townsquare Interactive, a digital marketing services arm based in Charlotte, NC.

Townsquare Ignite was the company’s fastest growing business in 2018. The platform received about 1,800 orders per month for programmatic advertising in 2018, compared to 1,000 orders per month in 2017. Year-over-year revenue growth was 50%. Bill Wilson partly credited Townsquare’s exclusive focus in non-major radio markets as one key to Ignite’s success, saying, “We believe no one is offering a product like ours because no one else in these markets has access to the infrastructure required to do so.” The platform includes a DSP (demand side platform) which is integrated with over 1,000 exchanges and can access 250-billion listener impressions per day. “We activate client campaigns, continually optimize those campaigns, and then provide detailed in-depth reporting essentially owning and controlling the entire customer relationship from end-to-end,” according to Wilson.

Townsquare’s projection of Ignite’s revenue potential is $100-million in three to five years. The company’s advertising business overall grew 12.6% in the fourth quarter and 6.9% in 2018.

Townsquare Interactive, the digital services business, is likewise projected to $100-million earnings over five years; in 2018 the number was $50-million net revenue. The two digital businesses together: “In total our digital businesses grew revenue more than 20% in 2018 to $120-million representing approximately 28% of our pro forma net revenue fueling our strong revenue growth in 2018.”

In reciting those numbers, Bill Wilson emphasized Townsquare’s core conceptual identity — not as a radio company, but as a “local media and digital marketing solutions company.” Radio is the largest part of the Townsquare offering, Wilson noted, and added that 70% of the company’s broadcast clients buy more than the broadcast product. “This data point speaks to the fact that although we have a wide breadth of advertising solutions across broadcast, digital, and live events, they all intersect and operate in the same local market ecosystem which allows us to focus on super serving our clients and helping their businesses grow.”

TSQ stock jumped four and a half percent on Monday.