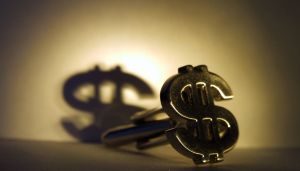 The Music Modernization Act has been signed into law, ending a long battle to overhaul mechanical licensing and rights for both publishers and songwriters at the federal level. The law, as compromised between the Senate and the House of Representatives, has the same three central components as it did while progressing through Congress.

First, it creates a royalty system for songwriters and artists whose creations were recorded before the adoption of nation-wide copyright law in 1972. Second, it allocates royalties for music producers and engineers. Third, it overhauls the existing systems for how streaming services will pay and distribution mechanical licensing fees with the creation of a new, independent entity akin to SoundExchange.

The legislation received near-universal support from across the music industry, and many of the most vocal proponents have shared statements now that the Act has become law.

ASCAP CEO Elizabeth Matthews: “Thanks to the unrelenting efforts of our ASCAP music creator and publisher members, industry partners and champions in Congress, a more sustainable future for songwriters is finally within reach. The MMA’s unanimous passage in the House and Senate proves that the power of music is a great unifier. ASCAP is gratified to have stood alongside creators, music publishers, and many more to make this dream a reality.”

NMPA President and CEO David Israelite: “The Music Modernization Act is finally the law of the land. We are incredibly grateful for the Members of Congress who passed the MMA and the President for signing it. Songwriters have for too long labored without seeing fair rates and receiving all that they deserve, and for the first time in history, the music industry has partnered with the tech industry to fix these systemic problems. As we embark on supporting and helping build the critical structures within the MMA, we are humbled by the extraordinary progress propelled by compromise and the unprecedented political involvement of music creators. Today is about their future and this bill stands as a great statement on what can be done when we work together.”

Spotify General Counsel and VP of Business and Legal Affairs Horacio Gutierrez: “One of our core missions at Spotify is to enable a million artists to make a good living from what they love: creating and performing music. The Music Modernization Act is a huge step towards making that a reality, modernizing the outdated licensing system to suit the digital world we live in. The MMA will benefit the music community and create a more transparent and streamlined approach to music licensing and payment for artists.”