We collected Spotify and Netflix annual user growth end-of-year numbers for 2015 through 2020. For Spotify the annual metrics are two-part: Subscribers (Spotify Premium) and non-subs (Spotify Free). Netflix is a subscriber-only service. So, three growth lines are represented here. 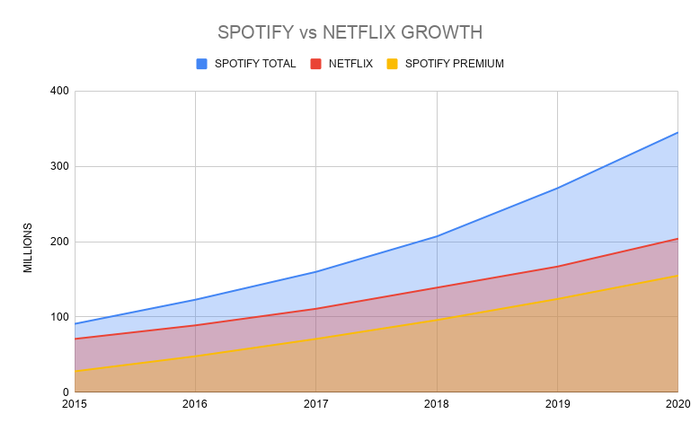 Spotify has only 76% the number of monthly paid subscribers as Netflix (at end of 2020), but 31% more total users than Netflix subscribers. Further, Spotify is growing monthly subscribers at a quicker rate than Netflix, closing the gap year-over-year since 2015, though at a decelerating pace.