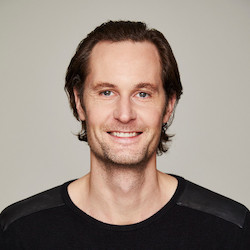 One of SoundCloud’s co-founders is leaving the audio company’s day-to-day operations. Eric Wahlforss announced that he is exiting his role as chief product officer in favor of an advisory role beginning March 1. He is not moving directly into a new post elsewhere.

“This was not an easy decision to make, but one of the biggest reasons why I feel I have made the right decision is that the company is in such capable hands,” Wahlforss told the company in an internal memo. “It’s been a pleasure working with Kerry [Trainor, CEO] and the new leadership team over the past 18 months. Our team is stronger than ever, and we have very exciting plans slated for 2019.”

“It’s not easy to express the depth of my respect and admiration for Eric — professionally for his vision and incredible accomplishments as SoundCloud’s Founder, and also very personally for welcoming me to the team from day one,” Trainor said. “It’s been a pleasure working closely together the past 18 months, and I look forward to continuing to get his Founder’s perspective as he moves into an advisory role.”

SoundCloud had several notable developments during 2018, such as expanding its monetization program, launching a weekly personalized recommendation playlist, and making several key hires.