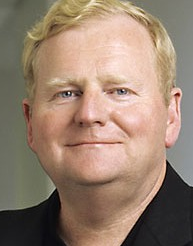 We reported this week on Sirius XM’s financials (HERE). As usual some of the most interesting strategic insight was contained in the investor Q&A in the back end of the call. Key participants from Sirius XM were CEO James E. Meyer and CFO David J. Frear.

Of particular interest to investors (and to RAIN) were comments related to the Sirius acquisition of Pandora, which closed on the day of the earnings call.

There is a “whole is greater than the sum” attitude expressed about the merger:

“By sitting on the board for the past year, we’ve learned a tremendous amount about Pandora’s business, and we’ve concluded we can do many things better together versus apart,” according to Meyer. “Number one is the ability to cross-promote across the two platforms that could come from sharing of listening data and contact data.”

And this interesting bit:

“The truth is the flip side of our conversion statistics will tell you that most people don’t want to pay for radio at the end of the day. I feel there is a strong opportunity if we can link non-converters back to a Pandora or maybe a Pandora with a bit more content in a way that makes our combined business bigger, better and more profitable.”

“We’re planning to get together and sharpen our pencils on our integration plan very soon.”

There was also a question about the recently passed Music Modernization Act (MMA), which establishes new rates for songwriters/composers, and a process for collecting and distributing that income. The official Sirius attitude is that stability is good:

“While we can argue about the rate and trust me we have argued a lot about the rate, we believe that having predictability and finiteness to the rate for the next nine years is a really important thing for our business.”

With regard to Sirius’ relationship to the music industry, David Frear had this to say: “The combined company will be paying them couple billion dollars a year. And we think that that could lead to an interesting dialogue for sort of future opportunities.”

Back to Pandora and James Meyer’s thoughts:

“The idea here is I think there is a big opportunity to expand Pandora’s listening in the vehicle. They already do really, really well in mobile and they already really do well in-home. They don’t do particularly well in the vehicle […] It’s just a fact that even though we’re thrilled with our business and we’re thrilled with approaching 35 million [subscribers], the point is is that the vast majority of people still reject us as they go through our trials, and the biggest reason being they don’t want to pay. By being able to help them and point them towards another alternative which may include things that are not in that alternative today […] that do not cannibalize the ability to be able to monetize those funnels in a way we’ve been monetizing for Sirius XM existing business I think will be a big opportunity.”